Pak "Fearful Of Strategic Encirclement By India": US Congressional Report

"India's diplomatic and commercial presence in Afghanistan - and US rhetorical support for it - exacerbates Pakistani fears of encirclement," the US Congressional report said. 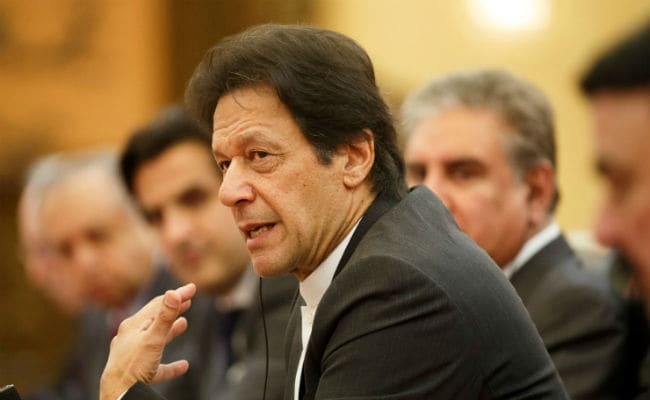 Pakistan has played an active and negative role in Afghan affairs for decades, the US report said.

For decades, Pakistan has played an active but negative role in Afghanistan, a Congressional report has said, asserting that Islamabad wants a weak government in Kabul.

In its latest report on Afghanistan, the independent and bipartisan Congressional Research Service (CRS) identified Pakistan as the most important neighbour of Afghanistan.

Pakistan, it said, has played an active, and by many accounts, a negative role in Afghan affairs for decades.

"Pakistan's security services maintain ties to Afghan insurgent groups, most notably the Haqqani Network, a US-designated Foreign Terrorist Organization (FTO) that has become an official, semiautonomous component of the Taliban," CRS, which periodically prepares reports on issues of importance for Congressmen for them to make informed decisions, said.

Afghan leaders, along with US military commanders, attribute much of the insurgency's power and longevity either directly or indirectly to Pakistani support, the report said, adding that President Donald Trump has accused Pakistan of "housing the very terrorists that we are fighting".

US officials have long identified terrorist safe havens in Pakistan as a threat to Afghanistan's security, though some Pakistani officials dispute the charge, it said.

"Pakistan may view a weak and destabilised Afghanistan as preferable to a strong, unified Afghan state (particularly one led by an ethnic Pashtun-dominated government in Kabul; Pakistan has a large and restive Pashtun minority)," the CRS said.

However, instability in Afghanistan could rebound to Pakistan's detriment; Pakistan has struggled with indigenous Islamist militants of its own, the report added.

Afghanistan-Pakistan relations are further complicated by the presence of over a million Afghan refugees in Pakistan, as well a long-running and ethnically tinged dispute over their shared 1,600-mile border.

"Pakistan's security establishment, fearful of a strategic encirclement by India, apparently continues to view the Afghan Taliban as a relatively friendly and reliable anti-India element in Afghanistan," the CRS said.

"India's diplomatic and commercial presence in Afghanistan - and US rhetorical support for it - exacerbates Pakistani fears of encirclement. Indian interest in Afghanistan stems largely from India's broader regional rivalry with Pakistan, which impedes Indian efforts to establish stronger and more direct commercial and political relations with central Asia," the CRS said in its latest report on Afghanistan.

The CRS said insurgent and terrorist groups have demonstrated considerable capabilities in 2019, throwing into sharp relief the daunting security challenges that the Afghan government and its US and international partners face. At the same time, prospects for a negotiated settlement, driven by direct US-Taliban talks, are uncertain in light of the September 2019 cancellation of those negotiations and the Taliban's continued refusal to talk to the Afghan government, it said.

The CRS warned that a potential collapse of the Afghan military and/or the government that commands it could have significant implications for the United States, particularly given the nature of negotiated security arrangements.

Regardless of how likely the Taliban would be to gain full control over all or even most of the country, the breakdown of social order and the fracturing of the country into fiefdoms controlled by paramilitary commanders and their respective militias may be plausible, even probable, the report added.