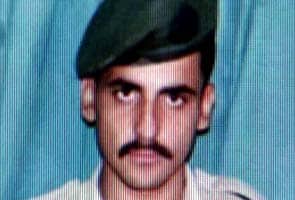 New Delhi: An entry on the Pakistani army website on Monday claimed that an ISI agent who was on a "suicide attack" operation died in a New Delhi hospital on November 16, 2007.

Promoted
Listen to the latest songs, only on JioSaavn.com
In a section titled Shuhada or Martyr's corner, the website lists the ISI agent Zulfiqar Ahmede as a martyr.

Reacting to the entry, the Indian Army Chief VK Singh said, "This is the real face of Pakistan."

Article 370 Was Temporary Provision That Was Finally Put To Rest: S Jaishankar