Mr Chidambaram, who is accused of a role in irregularities in a Foreign Investment Promotion Board (FIPB) clearance to the INX Media group, was arrested by the Central Bureau of Investigation (CBI) on August 21 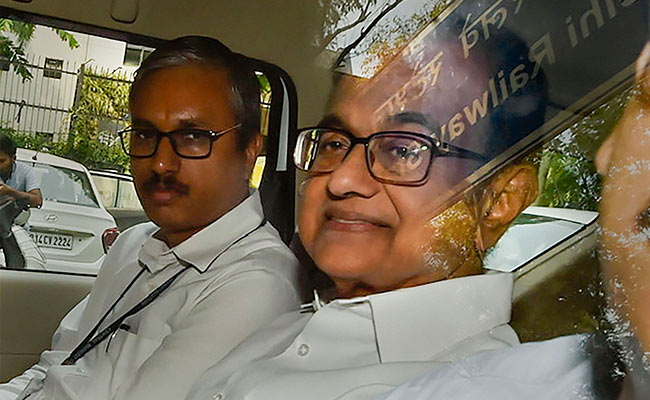 The Delhi High Court has dismissed former Finance Minister P Chidambaram's request for interim bail in the INX Media case. The Congress leader's plea was turned down today after a seven-member AIIMS medical board assessed his health and found vital signs to be "normal". The board, constituted on orders from the court, would only recommend the veteran politician continue to receive mineral water and food from home, as well as be provided with a face mask because of rising pollution levels in the national capital.

After hearing the report, the court also directed Tihar authorities to provide Mr Chidambaram with clean surroundings and protection from mosquitoes. The court also directed regular out-patient check-ups and asked that blood pressure readings be monitored to ascertain if further tests are needed.

Mr Chidambaram, 74, had been admitted briefly to Delhi's AIIMS on October 28 and had requested bail to fly to Hyderabad for the treatment of a stomach ailment. He sought bail on the ground that his condition was deteriorating and that he needed to be in a sterile environment.

"My only request is give him a sterile environment for now. If the AIIMS board says it's not needed, you can send him back," Kapil Sibal, Mr Chidambaram's lawyer and party colleague told the court on Thursday.

In response, the court asked the All India Institute of Medical Sciences (AIIMS) to form a medical board and provide a report on his health. Mr Chidambaram already has access to a western toilet and the necessary medicines.

On Wednesday, P Chidambaram was ordered back to Tihar Jail till November 13 after a Delhi court moved him to judicial custody in the INX Media case. He had been shifted out of jail when he was moved to Enforcement Directorate custody earlier this month.

His main bail plea will now be heard on November 4.

Mr Chidambaram was arrested by the Central Bureau of Investigation (CBI) on August 21. He is accused of a role in irregularities in a Foreign Investment Promotion Board (FIPB) clearance to the INX Media group for the infusion of overseas funds amounting to Rs. 305 crore in 2007, when he was Finance Minister of the country.

On October 16, the Enforcement Directorate, which is investigating money-laundering charges in the INX Media case, arrested him from Tihar Jail.

Last week, the Supreme Court granted Mr Chidambaram bail, saying there is no possibility of Mr Chidambaram absconding and "no whisper" of any evidence that he tried to influence even one witness.