Over 40 Injured As Forest Guards, Tribals Clash In Maharashtra Village

The clash broke out amid a protest by the people affected by the Melghat Tiger Project. 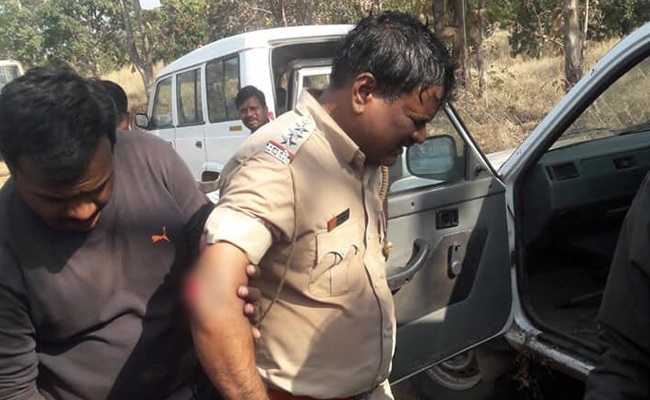 At least 12 cars of the forest guards and SRPF officers were also damaged.

Around 40 forest guards and members of State Reserve Police Force were injured in a clash between tribals and forest guards on Tuesday in Melghat Tiger Reserve Amravati district of Maharashtra on Tuesday.

The clash broke out amid a protest by the people affected by the Melghat Tiger Project. The people from the villages - evacuated due to the project - were protesting against the non-fulfillment of rehabilitation promises.

Trouble erupted when two villagers, who had been rehabilitated in Akola district, returned to their village in Amravati and refused to move out. When the administration tried to remove them by force, the officers came under attack from angry villages.

To disperse the crowd, tear gas shells had to be fired by forest officers and cops. Several people with serious injuries have been admitted to hospital.

At least 12 cars of the forest guards and SRPF officers were also damaged.

The protesters also set fire to some parts of the forest. Some villagers also have been arrested.

Parveen Kaswan, an IFS officer, on Twitter blamed a local leader for the incident.

In the tweet, the officer said, "Such a cowardly act. Around 300 miscreants instigated by local leader entered #Melaghat Tiger Reserve and attacked the staff. Some 70 forest staff are seriously injured including 2 RFO. They damaged 15 government vehicles and burnt the meadows. All for protecting public property."

What these people don't understand is it is double loss to destroy public property. It take years to procure 15 vehicles. Just 2 days back one of our vehicle, while on patrolling was damaged by miscreants. Such incidents happening in remote are not even reported sufficiently.

The area is tense and prohibitory orders have been imposed. No fresh incident of violence has been reported.