Today, Dinesh Kumar seems nothing like the sportsman who once won 17 gold, a silver and five bronze medals in various competitions across the country and abroad. 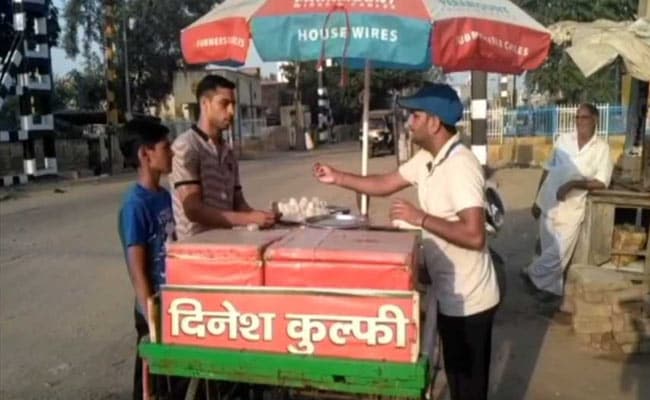 Dinesh Kumar hopes to pay off his family's debts by selling ice cream, unlikely as that may seem.

Dinesh Kumar, an Asian Games silver medallist in boxing, sells ice-cream on the streets of Haryana's Bhiwani these days.

A video posted by news agency ANI shows the former sportsperson pushing a cart titled "Dinesh Kulfi" even as auto rickshaws and people on bicycles pass Mr Kumar nonchalantly, little knowing that they are sharing the frame with a man who could have well become the country's next boxing star. But that was before his car collided with a truck near Samana in 2014, nipping his dreams at the bud.

Today, Mr Kumar seems nothing like the sportsperson who once won 17 gold, one silver and five bronze medals in various competitions across the country and abroad. "Dinesh won many laurels for India at competitions across the world, and our father took loan after loan to send him to England and other countries. He is lakhs in debt now, and that's why we are in this terrible state. There's no help coming from the government, and nobody even wants to know how we are doing. Things would have been very different if this had happened to someone else," said his elder brother.

The former boxer told ANI that he was trying to settle his family's debts by selling kulfi, a prospect that seems unlikely at best. "Right now, I have no hope that the government will provide me with monetary aid or employment. None of the political parties that have been in power since my accident have found me worth helping. I want to let the government know that I am wasting away here even though I am still a good sportsperson. I want to help my family pay off the debts they accumulated trying to further my career and then get back into the boxing ring," he added.

Mr Kumar said he has not lost touch with the sport, and is currently engaged in coaching children to box. "Many of the children I mentored have reached the international arena," he said, adding that he does not charge any fee from his pupils.

The former sportsperson's coach, Vishnu Bhagwan, also urged the government to come to his aid. "Dinesh was very agile as a boxer. He won many medals in the junior category, but is now forced to sell kulfis on the streets because of a tragic accident. But he can still have a future, provided they help him," he told ANI.