10-Day Onam Festival And The Homecoming Of King Mahabali

The story of Onam originates from the tale of King Mahabali - known to be one of Kerala's greatest rulers because of his generosity and kindness. 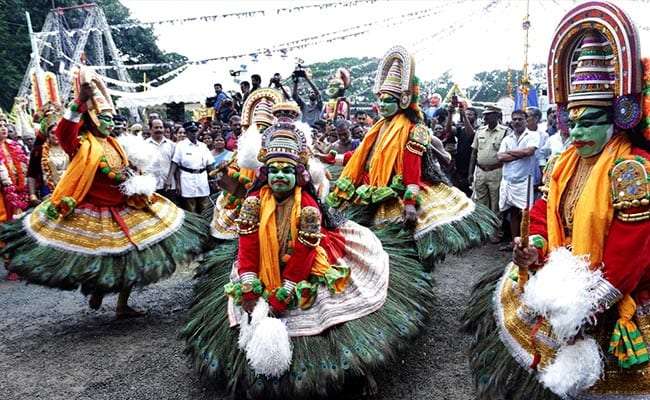 Onam is the 10-day harvest festival celebrated in Kerala. The festival, celebrated on a grand scale, marks the homecoming of King Mahabali, a mythological character. This year, Onam festivities began on September 1 and will go on till September 13.

There are four important days during the 10-day period that are celebrated as first Onam (September 10) to fourth Onam or the last day of Onam that falls on September 14. The days are calculated as per the Malayalam calendar.

The story of Onam originates from the tale of King Mahabali - known to be one of Kerala's greatest rulers because of his generosity and kindness. The growing power of the king is believed to have threatened the gods who then approached Lord Vishnu for help. Lord Vishnu is believed to have confronted King Mahabali as an incarnation and asked the king for three footsteps of land.

The generous King Mahabali obliged. Soon, Lord Vishnu took two large steps and did not have space for the third. The King then offered his head for his last step, pushing him to the netherworld. However, the King pleaded Lord Vishnu for one last wish - to visit his people once every year. Onam is hence celebrated as King Mahabali's homecoming.

Along with decorated houses and elaborate meals, Athachamayam - a traditional folk dance and temple festivities are highlight of Onam celebrations in Kerala. People also arrange flowers in their homes.

The annual Snake Boat Race marks the end of Onam celebrations. Races are held at 12 different venues across Kerala and is a major boost for tourism in the state.