The BJP members of the panel have opposed the decision to question government officials on the Pegasus snooping scandal. 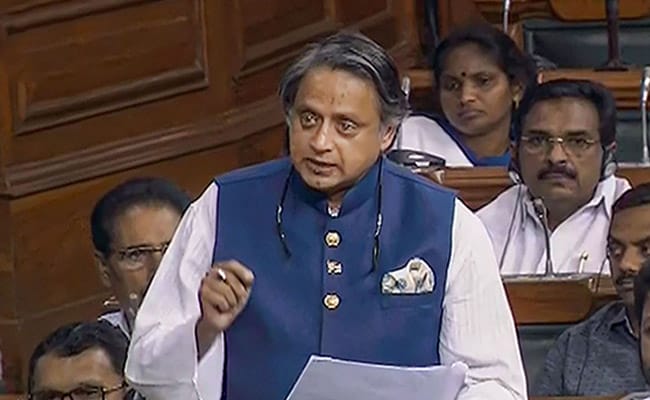 Shashi Tharoor is chairman of the Parliamentary Standing Committee on IT.

Some members of the parliamentary panel on information technology have reduced it to a "ping pong match" that is not in the spirit of parliament, Congress MP Shashi Tharoor, who heads the committee, said on Thursday amid a rift in the forum over the Pegasus snooping scandal.

The panel that was set to question government officials on Wednesday on the spyware row was postponed since not enough members were marked as attending.

BJP members of the panel who were present in the meeting room did not sign the attendance register in protest leading to a lack of quorum required for holding the meeting. Mr Tharoor said he was very disappointed with the development.

"I am very disappointed that some elements on some issues have chosen to reduce this committee to some sort of a ping pong match which I don't believe is in the spirit of parliament or parliamentary committee," he said.

Asked about differences among the panel's members along political lines, the former Union Minister noted that when he was the chairman of the parliamentary committee on external affairs for five years where its members worked in an extremely amicable and cooperative spirit. That committee also had a strong BJP majority, he added.

On reports of BJP MP Nishikant Dubey moving a "privilege motion" against him for his decision to question government officials on the Pegasus spying scandal, Mr Tharoor told reporters that it has no "validity" as the proper rules were not followed for the move.

Mr Dubey, hit back, saying the Congress MP is unaware of the rules and has gone into "frustration" as he is focussed more on becoming the leader of his party in Lok Sabha in place of Adhir Ranjan Chowdhury.

According to sources quoted by news agency PTI, Mr Dubey had moved a "privilege notice" in the Speaker's office against Mr Tharoor, accusing him of misusing his power as the head of the Parliamentary Standing Committee on Information and Technology. The decision to accept the motion depends on Speaker Om Birla.

The Pegasus spyware scandal, in which phones of opposition leaders like Rahul Gandhi, Supreme Court judges, ministers and journalists were allegedly targetted, has fuelled abrasive attacks on the government by the opposition.

The NSO group, which owns Pegasus, admits this is spyware and is used to hack phones, but says it does business only with governments and government agencies. The Israeli company says it does not corroborate the list of potential targets reported by media companies around the world.