The Prime Minister will also witness a laser show at the Ram Ki Paidi by the banks of the Saryu river. 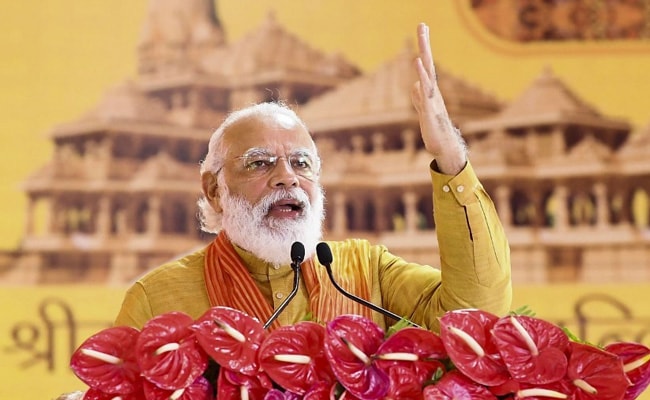 More than 15 lakh diyas (earthen lamps) will be lit on the occasion. (file)

Prime Minister Narendra Modi will spend Diwali eve in Uttar Pradesh's temple town Ayodhya, where a grand Ram Temple is being built. This will be PM Modi's first visit to Ayodhya after he laid the foundation stone for the temple in 2020.

A portion of the temple is likely to be open for pilgrims by December next year.

Around 5 pm, the Prime Minister will perform darshan and pooja at the temporary Ram Temple inside the construction site and then carry out an inspection, a government statement said.

Around 6:30 pm, he will witness an aarti by the Saryu river, which will be followed by Deepotsav celebrations. This year, the sixth edition of Deepotsav is being held, and it is for the first time that the Prime Minister will be physically participating in the celebrations.

More than 15 lakh diyas (earthen lamps) will be lit on the occasion.

The Prime Minister will also witness a laser show at the Ram Ki Paidi by the banks of the Saryu river.

The Uttar Pradesh government has released a promotional video showing visuals of past Deepotsavs, laser shows, and fireworks. Set to a devotional song, the slickly edited video also has visuals of the Chief Minister Yogi Adityanath and the PM interspersed throughout.

The PM's visit to Ayodhya comes just ahead of crucial state elections in Gujarat and Himachal Pradesh, where the BJP is looking to retain power.

Before Ayodhya, the PM was in Kedarnath and Badrinath. In a packed schedule ahead of the festival, he laid the foundation stone of a few roads and the Hemkund Sahib ropeway on Friday. In Kedarnath, he reviewed and initiated various developmental projects.

The PM is set to celebrate Diwali with soldiers at the border, as he has done every year since coming to power.