Odisha Rasagola: Bengal had secured the GI tag for ''Banglar Rosogolla'' after a tug of war with Odisha since 2015 over the origin of the sweet. 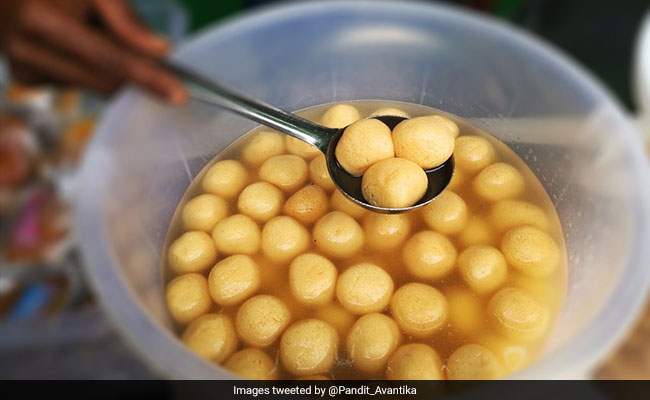 Odisha has been awarded the Geographical Indication (GI) tag for its sweet "Rasagola" today, a year after the state applied for it. Odisha had applied for the tag after it lost the bitter battle to West Bengal over the ownership of the sweetmeat in November 2017. In Bengal, the sweet is called "Rosogolla", which is famous all over the country.

A GI tag recognises a product as distinctive to a particular locality or region. Bengal had secured the GI tag for ''Banglar Rosogolla'' after a tug of war with Odisha since 2015 over the origin of the sweet. Both states consulted historians and produced old documents to support their claims.

The Registrar of Geographical Indications in Chennai has issued a certificate registering the sweetmeat as ''Odisha Rasagola". The certificate will be valid till February 22, 2028, official sources said.

The Speaker of the Odisha Legislative Assembly Surjya Narayan Patro shared a photograph the certificate on Twitter:

#OdishaRasagola has an unique quality,reputation & characteristic which is attributable to it's geographic origin.I would like to request everyone to get a taste of this unique kind of Rasagola.Much thanks to the entire team who have been trying continuously to give it the GI tag pic.twitter.com/avYpfouBrk

Welcoming the development, Leader of Opposition in the state Assembly Pradipta Naik said Odisha should have earned the tag long ago and was delayed because of the Biju Janata Dal government.

"It got delayed due to negligence on the part of the state government," the BJP leader said.

Congratulatory messages poured in on Twitter for Odisha after the recognition.

#OdishaRasagola finally gets GI Tag which is nothing less than an achievement. Congrats @Naveen_Odishapic.twitter.com/J5q22GT2oo

''Rasagola'' has been a part of the state's centuries-old rituals performed for Lord Jagannath and found its mention in a 15th century Odia epic ''Dandi Ramayana''.

Noted researcher Asit Mohanty, who had submitted a report to the government claiming that ''Rasagola'' has been mentioned in ancient Odia literature, the dessert has been in the state for 500 years.