The protest was witnessed in Umerkote town in Nabarangpur district during the Congress's six-hour state-wide bandh against fuel price rise. 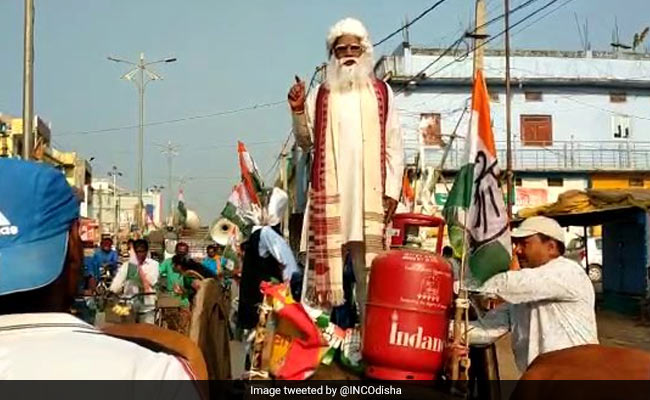 A Congress worker dressed as PM Modi at Umerkot during the Odisha bandh.

A Congress worker in Odisha on Monday resorted to a unique way of protest against fuel price rise by going around on a bullock cart asking people whether petrol prices have come down or not. The protester was dressed like Prime Minister Narendra Modi, the party said on its Twitter handle, to take a jibe at the centre.

The protest was witnessed in Umerkote town in Nabarangpur district during the Congress's six-hour state-wide bandh against fuel price rise.

Loudspeakers in the Congress rally blared the recorded question from an old speech of PM Modi and the man with white hair and beard enacted it by lip-syncing along with hand gestures.

This unique way of protest amused residents of places through which the rally traversed.

All shops, schools, and colleges were shut and vehicles remained off the roads in the district.