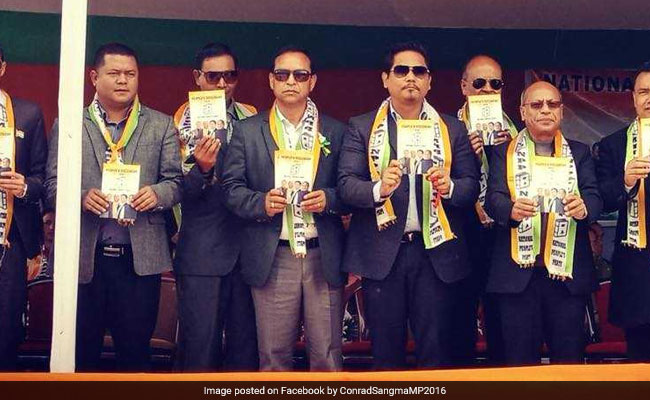 The document was released at an election rally in Jowai

Senior NPP leaders Prestone Tynsong and Sniawbhalang Dhar, NPP candidates from Jaintia Hills and other party functionaries were also present at the rally.

"This is not just another election manifesto; rather, it is the foundation on which the contractual obligation between the party and the people of Meghalaya stands upon. It is not only our guiding light, but will also act as a constant reminder of our promise to the people of Meghalaya which we must honour at all costs," Mr Sangma said.

He said that the main thrust of the "People's Document" is to bring about much-needed change, which the people of Meghalaya are desperately longing for.

"This is a very important moment in the history of Meghalaya because the National People's Party, along with the people will rise to the challenge of re-imagining and re-creating not only the destiny of the state, but most importantly, the present reality of our people," he said

Promoted
Listen to the latest songs, only on JioSaavn.com
Mr Sangma said that the ruling Congress has been trying to communalise the election, as they were scared of NPP's growing popularity.

On the National Green Tribunal ban on coal mining, the NPP accused Chief Minister Mukul Sangma failed to take up the issue with the central government.
Comments
MeghalayaMeghalaya Polls