Reports said ministry has given a very grim assessment to a Parliamentary Standing Committee on Finance on the impact of the November 2016 demonetisation. 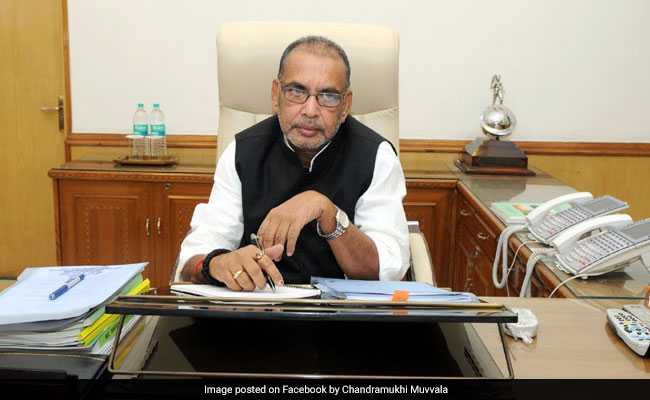 Demonetization did not affect the sale of seeds and production of crops, Agriculture Minister Radha Mohan Singh tweeted today, refuting reports that his ministry had told a group of MPs recently that the notes ban had hit millions of farmers in the country.

"Certain media channels and newspapers have been running a story that the agriculture ministry has accepted that farmers have been adversely affected by demonetisation and were unable to purchase seeds due to unavailability of cash. This is far from truth," Mr Singh tweeted, along with a clarification.

According to multiple sources, the ministry has given a very grim assessment to a Parliamentary Standing Committee on Finance on the impact of the November 2016 demonetisation on the agricultural sector. Sources in the MPs' panel have told NDTV that in a background note, the ministry says demonetization affected the availability of cash in the sector and impacted a largely cash-driven economy. Because of the cash crunch, many farmers failed to buy seeds and fertilizers, leading to distress in rural India and affecting crop production, the ministry's note reportedly says.

The official admission on demonetization impact emerged on a day Prime Minister Narendra Modi said on the campaign trail in Madhya Pradesh that he had used "bitter medicine" to bring back money into the banking system and to give "proper treatment to deep-rooted corruption" in the country.

"Notebandi has destroyed crores of farmers, their own ministry has admitted it," Congress president Rahul Gandhi tweeted.

Former prime minister Manmohan Singh did not comment on the report as he is a member of the panel, but said: "The Modi government has to answer for the farmers' misfortune."

In its clarification today, the ministry said the fields had been prepared and sale of seeds was mostly done by the time PM Modi announced the notes ban on November 8, 2016. Even in the case of wheat, which was to be sown later (CORRECT?), there was no impact as the banned notes were allowed in the sale of seeds and fertilisers from government outlets.

Citing data, the ministry said: "There was no impact of demonetization on the seeds sale, crop sowing and production of crops for farmers."