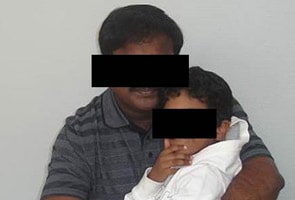 Hyderabad: The Indian couple facing child abuse charges in Norway has been sentenced to jail. An Oslo District Court found them guilty on several counts of child abuse and ordered that Chandrasekhar Vallabhaneni is to spend 18 months in jail and his wife Anupama 15 months, in line with the sentences proposed by the prosecution. A press release issued said the couple can appeal against the verdict at the Borgarting Court of Appeal.

In the view of the Court, the couple deliberately burned their son's leg with a hot spoon or similar object with the result that the child had burn marks measuring approximately 3 x 5 centimetres.

The Court also found that it had been proven that the parents had on several occasions hit the child with possibly a belt or similar object and that they had on one occasion threatened to burn their son on his tongue with a hot spoon. The proven abuse took place over a period of six to seven months and therefore falls under section 219, first paragraph, of the Penal Code on repeated maltreatment.

The court has recognised that the parents were facing difficulties in dealing with the child but has pronounced the verdict because repeated maltreatment had caused pain and fear to their child. The court also notes that the imprisonment can be challenging for the kids and family. That is the big concern. The MEA has said they would continue to extend consular assistance but it does not seem inclined to intervene any further.

The couple is accused of deliberately burning their son's leg with a hot spoon because he did not speak the truth on one occasion. They had reportedly threatened and hit him with possibly a belt on several occasions between October last year and March this year when there were regular complaints from school about his behaviour. The court has noted that the couple was finding difficulties in parenting and had been in regular touch with the school about challenges faced by the child. The court also notes that the school misled the couple on why they could not get support services. Mysteriously, an Orange Book that contained messages exchanged between the school and the parents over several months, has gone missing.

Sailendra, nephew of Chandrasekhar says Chandrasekhar requested the court and the police to take the Orange Book, the complaint book, the regular diary of the child as evidence. But that mysteriously went missing. The main evidence was that.

At their home in Hyderabad, 7-year-old Sai Sriram and his baby brother 2-year-old Abhiram don't know that it is going to be a long wait for them to meet their parents. Their primary caregivers have been Chandrasekhar's 24-year-old nephew Sailendra and Anupama's younger brother Nani. Both maternal and paternal grandparents are elderly and don't have the energy, strength or confidence to take care of these two young children.

As soon as news of the verdict came in the form of a phone call from Chandrasekhar to his nephew, Chandrasekhar's father fainted and his father-in-law had to be rushed to hospital.

Radhakrishna, Chandrasekhar's brother says, They have separated parents from young children. My father fell unconscious on hearing this. My mother has not eaten for three days. Anupama's father had to be admitted to hospital. The children, the younger one specially, has been crying out for his mother.''

Promoted
Listen to the latest songs, only on JioSaavn.com
Abhiram is hardly two and was still being breastfed by his mother before she left for Norway on the 23rd of November. Sai Sriram, already diagnosed with mild to moderate ADHD or attention deficit hyperactivity disorder needs medication to be given everyday, and care and attention round-the-clock. Their parents tried their best in taking care of their two young boys. The question is what care will these two innocent children get now with their parents away and will it be better than what their parents were able to give them.