Vedanta will provide financial assistance of Rs 25 lakh each to the next of kin of the two deceased persons, a company official said. 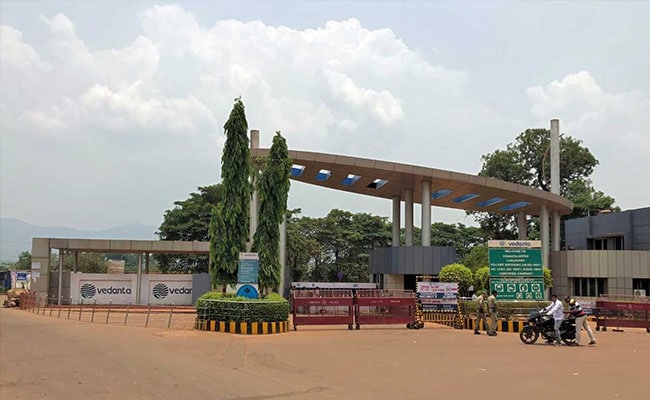 A file photo of Vedanta Limited alumina refinery is seen in Lanjigarh in Odisha. (Reuters)

Normalcy returned to Lanjigarh in Odisha's Kalahandi district on Tuesday, a day after a security man was burnt to death by a mob and a protestor killed in clashes near the Vedanta alumina refinery.

Both Vedanta and the state government announced financial assistance to families of the security personnel and the villager, who were killed when violence erupted as locals demanding jobs and admission of children in the company-run school tried to storm the refinery premises on Monday.

Vedanta will provide financial assistance of Rs 25 lakh each to the next of kin of the two deceased persons, a company official said.

"This gesture and interaction with a cross section of people helped in improving the situation," he said.

The Odisha government, too, granted Rs 5 lakh each to the dependents of the Odisha Industrial Security Force (OISF) personnel and the protestor, Kalahandi District Collector Harsad Gavali said.

Some of the agitators had on Monday vandalised the community service centre at the alumina plant and set afire OISF staff Sujit Kumar Minz, after locking him in a room, police said.

The deceased agitator, who succumbed to injuries at a hospital, was identified as Dani Patra, 35, from Chatrapur village.

Superintendent of Police B Gangadhar on Tuesday said the situation has improved substantially, and a peace committee formed in various villages located near the refinery.

The peace committee members and senior police officers took out a peace march in the evening to Lanjigarh, Rengopali and Chatrapur villages, he said.

Terming Monday's incident as "unfortunate", a senior Vedanta official said miscreants ransacked a portion of the building near the gate of the plant.

A railway line transporting bauxite to the alumina refinery plant and a water pipeline were also damaged, he said, adding, steps are being taken for restoration.

"It appears that the violence was the handiwork of unruly elements aimed at hampering development," the official claimed.