Abhijit Iyer-Mitra was arrested after he allegedly made objectionable remarks about the Sun temple, Lord Jagannath and the "vulgar sculptures" in a video that he posted on Twitter 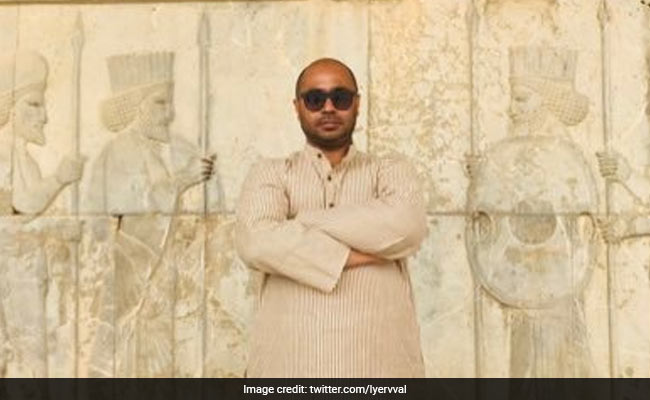 Abhijit Iyer-Mitra was arrested in Delhi on September 20 by the Odisha police.

Journalist-political commentator Abhijit Iyer-Mitra, who was arrested last month over alleged derogatory remarks on the Konark Sun temple and Odisha, did not get protection from arrest in the Supreme Court today.

Chief Justice Ranjan Gogoi, who took charge as India's top judge yesterday, said, "You are inciting religious faith of the country. It isn't a case for bail."

When Mr Iyer-Mitra's lawyer argued that his life was under threat, the Chief Justice said, "If your client is facing threats, there is no better place than jail."

The journalist was arrested on September 20 in Delhi, after he posted a video on Twitter of his visit to the famous 13th century Sun temple in Konark. He had allegedly made objectionable remarks about Lord Jagannath and "vulgar sculptures".

The Odisha police told the court that he had "made unpalatable and irresponsible remarks about Konark Sun Temple with an intention to outrage and to hurt religious feelings which may create communal friction."

As the lawyers of the Orissa High Court were on strike last month, Mr Iyer-Mitra approached the top court for protection from arrest. The Supreme Court extended his temporary bail till tomorrow.

If convicted, Mr Iyer-Mitra could get up to three years in jail.

The journalist has also been asked to appear next week before a group of lawmakers that will examine what action can be taken against him. A privilege motion has been moved in the Odisha assembly, and lawmakers across the political spectrum have demanded tough action against Mr Iyer-Mitra.

Leader of Opposition Narasingha Mishra said, "There are two video clips which show a non-Odiya man standing in front of the Konark Temple and making offensive comments. He says the art and sculpture are contrary to Hindu culture. His comments are unwarranted and condemnable."

The content is enough evidence to prosecute him under the law, Mr Mishra said.