No Passenger Trains To Run On Sunday, Those Already Running Won't Stop

Indian Railways has cancelled all passenger trains starting midnight Saturday to 10 pm on Sunday "keeping in view that demand for train travel will be vastly reduced during janata curfew" called by Prime Minister Narendra Modi on Thursday night. Trains that are already running will be allowed to reach their destinations, a notification issued by the Railways late Friday evening said.

"Arrangements will be made to facilitate hassle-free refund to passengers affected by train cancellations," the order said.

Suburban services in Mumbai, Chennai, Kolkata, Delhi and Secunderabad will be reduced to a "bare minimum" to cater only to "essential travel".

Further all long-distance mail/express trains and intercity trains originating between 4 am and 10 pm on Sunday (the day of the curfew) are also cancelled. In this case too trains running will be allowed to reach their destination.

The Railways has directed all stations to make adequate arrangements - food, water and shelter - for passengers getting off trains that are already running.

According to news agency PTI, on Thursday the Railways had cancelled 84 trains and said over 150, in total, had been cancelled due to COVID-19.

In a televised address to the nation last night, Prime Minister Modi called for a "janata (public) curfew from 7 am to 9 pm on Sunday, to help contain transmission of the novel coronavirus.

In his 29-minute speech the PM urged all citizens to stay in their homes for the duration of the curfew and only step out in cases of absolute emergency. He also cautioned against panic buying and hoarding of essential goods, saying that no shortages of such items was anticipated.

The COVID-19 outbreak has infected over 220 people in India and has been linked to the deaths of at least four people. 50 cases have been reported so far today, making it the largest single-day jump since the outbreak began.

Medical experts have advised practicing social distancing - or keeping a safe distance (at least 1 metre) from other people - to minimise chances of contact.

As part of its response the central government has suspended all incoming international flights for a week starting Sunday. Visas from certain foreign nations, particularly those worst affected by the virus, have been cancelled.

States have stepped up measures as well, with several cities and towns imposing Section 144 to prevent large gatherings. State governments have also moved to shut down public spaces like malls, cinema theatres and gyms, as well as educational institutions, to contain the virus spread.

Punjab has moved to shut down most of its public transportation, with some exceptions for those who might be affected by so drastic a move. 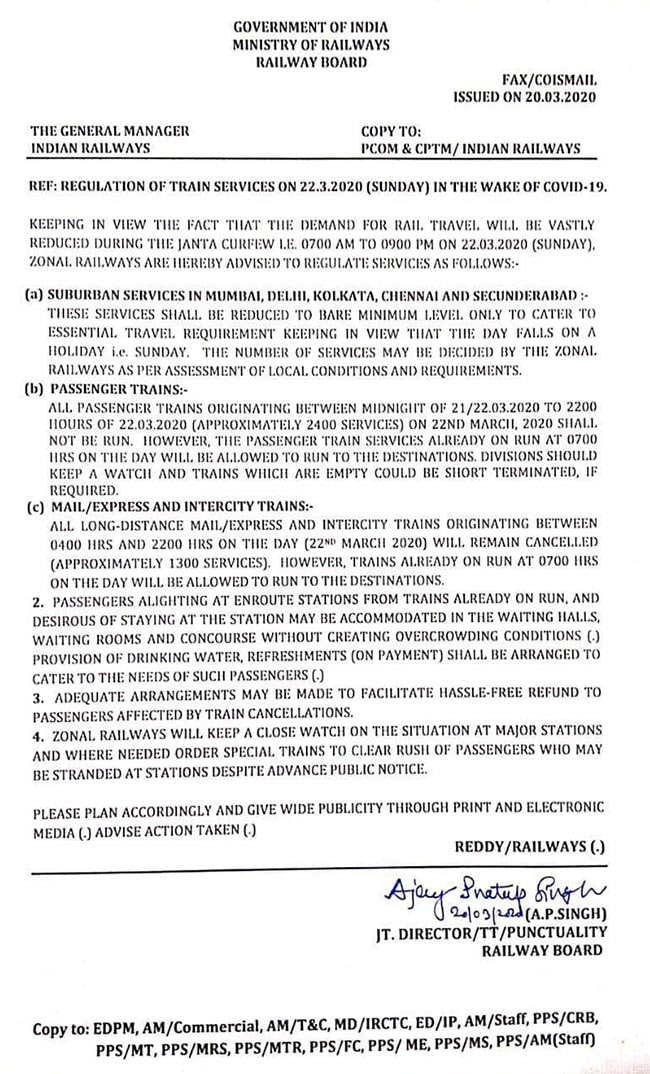 The COVID-19 pandemic is believed to have originated in China's Wuhan district in December last year. Worldwide it has killed over 8,000 people and infected more than two lakh others.