"No Need For Law On Lynching", Says BJP Despite Supreme Court Advice

Amid increasing incidents of mob lynchings over social media rumours, the top court had asked the legislature to consider enacting a new penal provision to deal with mob violence 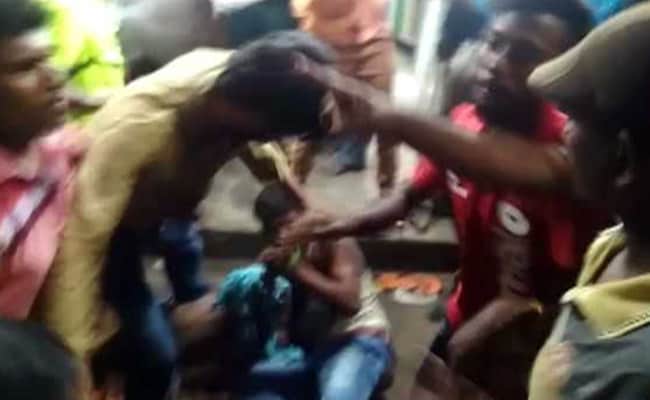 The home minister blamed rumours on social media for the increase in incidents of mob lynching.

Mob killings and violence by vigilante groups can't be allowed, the Supreme Court has sternly said and urged that the parliament bring in a separate law against lynching. However, it appears that the ruling BJP doesn't think that's required.

"There is already a law and no such requirement for a separate law," top BJP sources said.

Amid increasing incidents of mob lynchings over social media rumours, the top court had asked the legislature to consider enacting a new penal provision to deal with mob violence and provide deterrent punishment to offenders.

No citizen can take the law into their hands and the government must act, the bench said on Tuesday. "In case of fear and anarchy, the state has to act positively," said Chief Justice of India Dipak Misra.

He termed the incidents of mob lynching as "horrendous acts of mobocracy" and said the incidence has to be curbed with iron hands.

The second day of the Monsoon session offered hints about the future of the law suggested by the top court.

Whille condemning the mob killings, Home Minister Rajnath Singh said it's not that the lynchings haven't happened in the past. "However, whoever is killed, it is a worry for all governments," Mr Singh said in the parliament.

The home minister reiterated that it's for the state governments to ensure such incidents don't happen and added, "Despite law and order being a state subject, the centre cannot keep quiet. The centre has issued advisories."

The top BJP minister has always maintained that maintaining law and order is the prime responsibility of the state and "...if they ask for help we can give, but the Constitution does not permit us to directly intervene in it," he said.

"I have spoken to all chief ministers of the state where incidents of lynching were reported," he said.

Mr Singh then blamed fake news and spread of rumours on social media for the menace. He said that the centre has asked social media platforms to install checks in their system to curb the issue.

The opposition wasn't convinced with the home minister's handling of the issue and members of the Congress staged a walkout. Mallikarjun Kharge said that the Home Minister's response was not satisfactory.

They had earlier raised slogans against Union minister Jayant Sinha for felicitating men convicted of killing a meat trader in Jharkhand.

In the last few months, lynchings sparked by rumours about child kidnappers have claimed more than two dozen lives. The rumours have spread mainly on the messaging platform WhatsApp, which has more than 200 million users in the country.

The government asked WhatsApp to take urgent steps to prevent the spread of "irresponsible and explosive messages".

In its response, the US-based messaging app, underlined steps it has taken to curb abuse of its platform, and added that fake news and misinformation can be contained by the collective effort of the government, civil society and technology companies.