"We are willing to do whatever the Central government says...we do not want any credit," Arvind Kejriwal said. 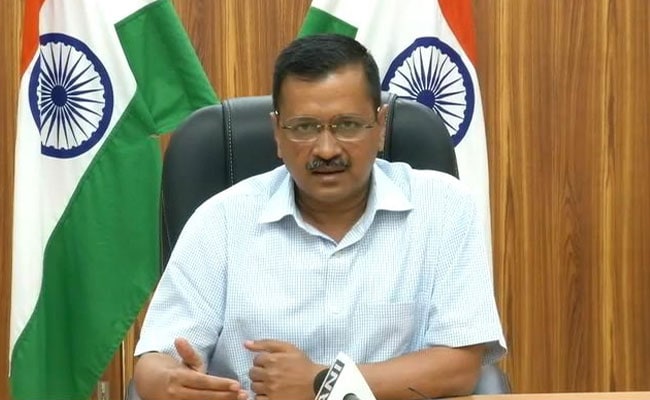 We only want the people to benefit and the ration mafia defeated, Arvind Kejriwal said.

Delhi Chief Minister Arvind Kejriwal today pleaded with the Centre not to impede his government's attempts to ensure that the people get their monthly ration at their doorsteps. He said his administration's sole aim was to neutralise through this innovative scheme the mafia that operates in the city. He claimed he himself did not want any credit from it. The state's flagship plan hit a roadblock just days before its launch on March 25, with the Union government saying subsidised foodgrain allotted to Delhi under the National Food Security Act cannot be used for it.

"I want to clarify to the Central government that we will not introduce any Delhi government scheme for this. We will not call it any name - like Mukhyamantri Ration Yojana - We will not do that. Because we don't want any credit for it," Mr Kejriwal said today.

"We were a little disheartened with the Central government's objection, but we have understood their issue with it. We just want the people to benefit and the ration mafia to be defeated. And for that we are willing to do whatever the Central government says. Like I said, we do not want any credit," he reiterated.

The ration-at-doorstep scheme was to start in the Seemapuri area of northeast Delhi's Shahdara district. In his Republic Day address, the Chief Minister had said that the initiative would revolutionise the public distribution system. The plan was to provide packaged wheat flour, rice, and sugar under the Targeted Public Distribution System.

Food Ministry Joint Secretary S Jagannathan, however, wrote a letter to the Delhi government saying, "The use of new nomenclature/scheme name for the distribution of National Food Security Act foodgrain by GNCTD (Delhi Government) is not permissible but this Department will have no objection if a separate scheme is made by the State Government without mixing elements of the National Food Security Act foodgrain."

The Chief Minister today said that the scheme is run by the central government and will remain so.

"We just want to add a facility to it and do not want any credit in return. So, we will agree to whatever terms and conditions they set..do as they want...remove any hindrances or obstacles in the way, just as long as we can provide this facility," he said.