"Our party is maintaining equal distance from the ruling BJP and the opposition CPM-Congress alliance," Pradyot Kishore Debbarma said 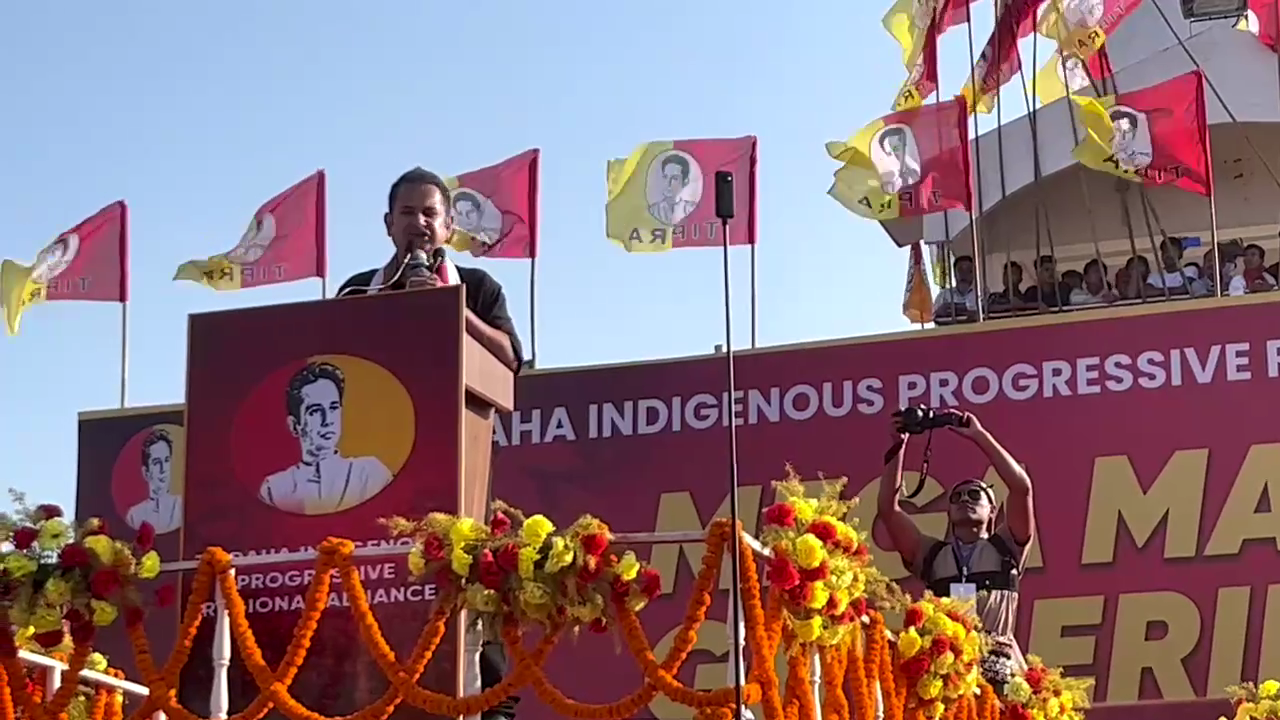 "I will not betray our people for money and post," said Pradyot Kishore Debbarma.

Tipra Motha chief Pradyot Kishore Debbarma has said his party will not form any alliance with any party until it receives support -- in writing -- for the Greater Tipraland demand. Speaking at Tipra Women's Federation rally in Khumulwng, West Tripura, Mr Debbarma said, "I will not betray our people for money and post. Our party will not go for any alliance with any party until we receive in writing on supporting our main demand for Greater Tipraland".

Earlier this month, CPM general secretary Sitaram Yechuri had said his party is ready for seat adjustments with the Congress and the state's tribal-based party TIPRA, to defeat the ruling BJP.

Regarding TIPRA's demand or a separate state for tribals, he said the CPM has been trying to provide maximum possible autonomy to the tribals and an amendment was moved in parliament long ago in this regard.

"Our party is maintaining equal distance from the ruling BJP and the opposition CPM-Congress alliance," Mr Debbarma said today. "Despite being under huge pressure and my poor health, I am not ready to compromise for the cause of Greater Tipraland," he added.

Seeking unity of all tribal parties, the erstwhile royal declared that he was all ready to go for one last fight alone in this election.

Ahead of assembly polls in Tripura, due in less than two months, the major political parties have geared up for campaign. The final electoral rolls were published on January 5 but the poll schedule is yet to be announced by Election Commission.

The CPM is ready to form a seat sharing arrangement with the Tripura Congress and discussions are on between the two parties.

TIPRA has been growing at the cost of the BJP and IPFT's tribal support base, apparently pushing the BJP on the backfoot. The party's top leadership is said to be concerned with the growth of the regional party and changed its Chief Minister just a few months ago.