His immediate priority will be to coordinate with the Central government for the second informal summit between PM Narendra Modi and Chinese President Xi Jinping in India in October. 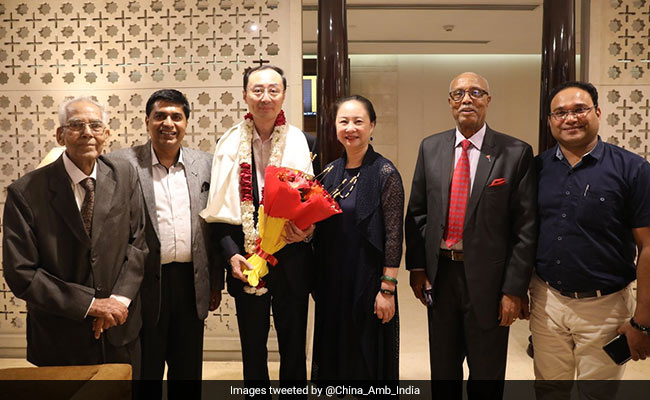 Newly-appointed Chinese envoy to India Sun Weidong arrived in New Delhi on Sunday and resolved to work for building better ties between the two Asian giants.

Mr Sun's immediate priority will be to coordinate with the Central government for the second informal summit between Prime Minister Narendra Modi and Chinese President Xi Jinping in India in October.

"Just arrived at Delhi with my wife Bao Jiqing. Sincere greetings to the #Indian people. Look forward to working with #Indian government and friends from all sectors for building better #China-#India relations," he tweeted soon after arriving in India.

Known to be an expert on South Asia, Mr Sun had served as China's ambassador to Pakistan from 2013 to 2017.

During an interaction with a group of Indian journalists in Beijing on Friday, Mr Sun said with two strong leaders at the helm in both the countries, the ties are set to reach new heights.

Under the strategic guidance provided by President Xi and PM Modi at their first informal summit in Wuhan last year, China-India relations have gathered a "very good and sound momentum of development", he said.

Luo Zhaohui, who started his stint in India in 2016, played a crucial role in normalising ties between the two countries following the Doklam standoff in 2017.

The primary objective of the visit will be to prepare ground for the second informal summit between PM Modi and President Xi which is likely to be held in the second week of October, they said.

PM Modi and President Xi held the first informal summit in April last year in Chinese city of Wuhan, months after bilateral ties came under severe strain following the 73-day standoff between the armies of the two countries in Doklam.

In the Wuhan summit, PM Modi and President Xi decided to issue "strategic guidance" to militaries of the two countries to strengthen communications to build trust and understanding, a move aimed at avoiding a Doklam-like situation in the future.