The gas from this shipment will be delivered to premises that obtain stocks in bulk like hospitals, hotels, crematoriums, he was quoted as saying by the News First website. 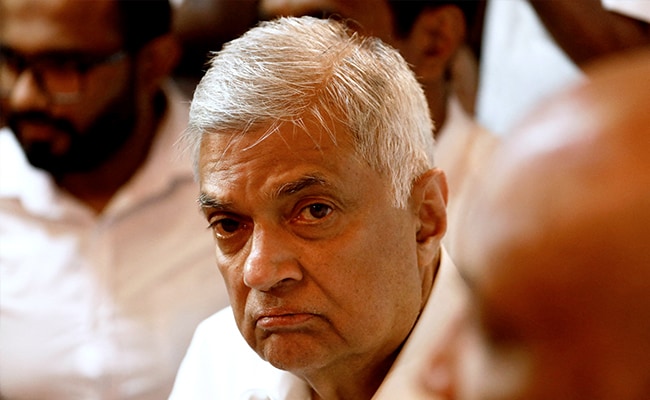 Sri Lanka PM said authorities will ensure that there is a continuous supply of fuel. (FILE)

Sri Lanka Prime Minister Ranil Wickremesighe on Tuesday said that a new Credit Line provided by India will support the cash-strapped island nation's fuel purchase for another four months from July even as an LPG shipment of 3,500 MT reached Sri Lanka.

The gas from this shipment will be delivered to premises that obtain stocks in bulk like hospitals, hotels, crematoriums, he was quoted as saying by the News First website.

The next shipment will deliver LPG for a period of four months and it will take another 14 days for us to access that shipment, Mr Wickremesighe said, adding that Sri Lanka is in talks to secure a shipment within those 14 days.

He said authorities will ensure that there is a continuous supply of fuel, but it will only meet 50 per cent of the current demand.

"Priority will be given for electricity generation, transportation and other essential services," Mr Wickremesighe said.

The existing stocks will last for another seven days, he said, adding that a shipment of 40,000 MT of fuel will reach Sri Lanka by June 16.

In addition, individual petrol and diesel shipments will reach Sri Lanka thereafter, completing the requirement of fuel for this month.

He said that a new Credit Line with India will support fuel purchase for another four months from July.

The fuel delivery will be available for 50 per cent of the demand in the country.

Mr Wickremesighe said that he obtained a Cabinet approval to print money in order to make the fuel and gas purchases for the country.

Sri Lanka does not have any rupee income, and by the end of the year, the rupee crisis will be solved with the introduction of taxes, he said.

"We are speaking with the IMF to solve the dollar crisis. On the 7th of June, I spoke to the IMF Managing Director, and she assured to expedite our request. Following that meeting, a delegation will come to Sri Lanka on the 20th of June," he said in a statement.

Sri Lanka is currently facing its worst economic crisis since independence from Britain in 1948.

The economic crisis has prompted an acute shortage of essential items like food, medicine, cooking gas and other fuel, toilet paper, and even matches, with Sri Lankans being forced to wait in lines lasting hours outside stores to buy fuel and cooking gas.

The country is experiencing long queues for refuelling at pumping stations as the government finds it difficult to finance fuel imports to retain a reserve adequate for a minimum of three months.

A move to ration fuel is to be implemented from next month as the forex crisis gets worsened.

The nearly bankrupt country, with an acute foreign currency crisis that resulted in foreign debt default, announced in April that it is suspending nearly USD 7 billion foreign debt repayment due for this year out of about USD 25 billion due through 2026.