Our colleagues are safe - but the violence they were exposed to shows the scale of dangerous mobs roaming different neighbourhoods that are already ruptured by tension.

Three of NDTV's reporters - and one cameraperson - were assaulted today by armed mobs in northeast Delhi. There were no cops present to prevent the attacks on crews who were doing their jobs.

Arvind Gunasekar was circled by a mob that hit him on the face; a lathi was about to be brought down on his head when his colleague, Saurabh Shukla, intervened.

The lathi hit Saurabh instead; he was also punched on the back and the stomach and hit on his leg; he is currently limping.

The reporters managed to get out. Both are safe now.

NDTV's Mariyam Alavi was hit on the back by a mob in a different part of northeast Delhi, from where she was reporting along with Sreenivasan Jain. The cameraperson with them, Sushil Rathee, was also injured. 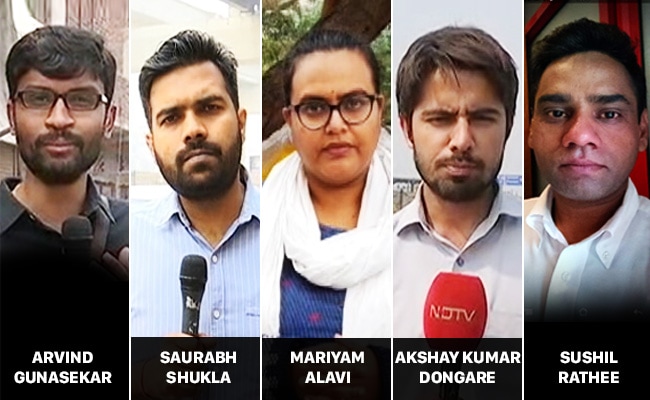 On Monday, NDTV's Akshay Kumar Dongare was assaulted by a mob while he was reporting, at around 4 pm. During a live report, he and his cameraperson were surrounded by a mob. Akshay was slapped but kept trying to pacify the attackers. The mob tried to snatch his mic and mobile.

Our colleagues are safe - but the violence they were exposed to shows the scale of dangerous mobs roaming different neighbourhoods that are already ruptured by tension. And the urgent need for better police patrols and presence.