Lok Janshakti Party (LJP) leader Chirag Paswan said his party will get to contest a "respectable number" of seats in the state. 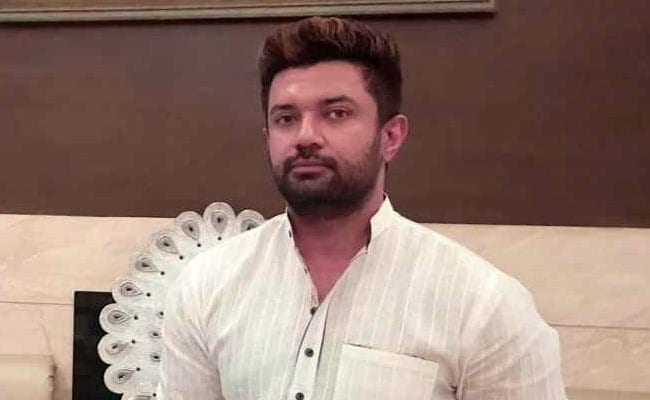 Lok Janshakti Party (LJP) leader Chirag Paswan said today the Bharatiya Janata Party (BJP)-led NDA will remain intact in Bihar as he expressed confidence that his party will get to contest a "respectable number" of seats in the state.

Mr Paswan, son of LJP president Ram Vilas Paswan and the party's parliamentary board chief, met Amit Shah on Thursday, a day before the BJP president's meeting with JD(U) chief Nitish Kumar, in which they made the announcement that the two parties will fight on an equal number of seats.

National Democratic Alliance (NDA) sources said Mr Shah has spoken to allies including Mr Paswan and RLSP's Upendra Kushwaha as he works to announce a seat-sharing arrangement among the four partners -- including Bihar Chief Minister Nitish Kumar's JD(U) -- in a few days.

The LJP has reconciled to the prospect of fighting less than seven seats that it had contested in 2014, with a top party leader pointing out that the saffron party is itself making a sacrifice to accommodate the JD(U), which was not an NDA member in the last Lok Sabha polls.

Mr Paswan said, "Talks are going on in positive direction. I am confident that we will fight on respectable number of seats."

Bihar has 40 Lok Sabha seats and one Independent is likely to be accommodated in either Muzaffarpur or Jehanabad.