The five members in the car were identified as Guwahati based businessman Haren Bora, his wife Phunu Bora, daughters Simpi Bora and, Munmi Bora and his elderly mother Ponou Bora. 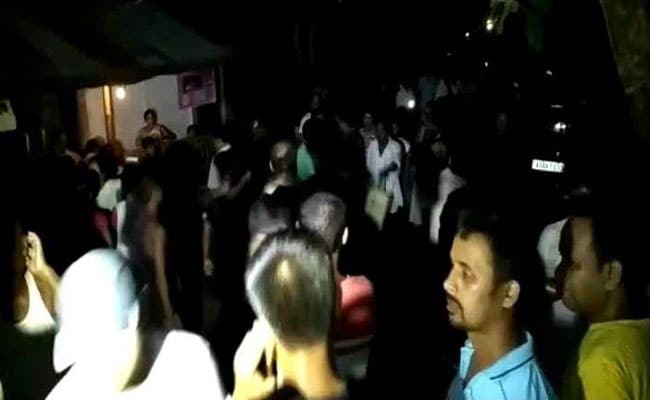 Three days have passed and the bodies of the five family members are yet to be traced.

A special team of the Indian Navy's deep-sea divers has been called in from Visakhapatnam to Sivasagar district in upper Assam after the State Disaster Response Force (SDRF), the National Disaster Response Force (NDRF) and the Indian Army were roped in to help in the ongoing search and rescue operation for five members of a family. The family members went missing after their Maruti Swift Dzire plunged into the Dikhow River on Saturday.

The rescue team of eight, along with the diving equipment, has been airlifted from Visakhapatnam. According to official sources, Sivasagar District civil administration swung into action and a detailed search was carried out by the NDRF and the SDRF on Sunday.

The search operations failed to locate the car because of the difficult conditions posed to the divers. Army divers were then requisitioned by the state administration to aid the operations.

Assam Chief Minister Sarbananda Sonowal, supervising the rescue operation, has spoken to the Prime Minister's Office and the Ministry of Home Affairs about the search and rescue operation. He also sought assistance from National Disaster Management Authority (NDMA) and the Defence Ministry seeking naval help.

The search teams from 21 Para Commando of the Indian Army, who launched a search operation on Monday morning, are also facing obstacles as muddy waters hampered their vision.  Ten boats have also been pressed into service. Two boats from Inland Water Transport (IWT) have been kept on standby.

The five people in the car have been identified as Guwahati-based businessman Haren Bora, his wife Phunu Bora, daughters Simpi Bora and Munmi Bora and Haren's elderly mother Ponou Bora.