The naval divers undertook the challenging task of winching down from the helo and recording of depth using a handheld echo sounder - a depth measuring equipment - in the near freezing waters, they said.

A team of divers from the Navy were winched down into the glacial lake formed 5-kilometre upstream of Tapovan in Uttarakhand to measure its depth, officials said. The artificial lake was formed at around 14,000 feet above sea level after the recent avalanche that left dozens dead and scores missing.

The naval divers undertook the challenging task of winching down from the helo and recording of depth using a handheld echo sounder - a depth measuring equipment - in the near freezing waters, they said. 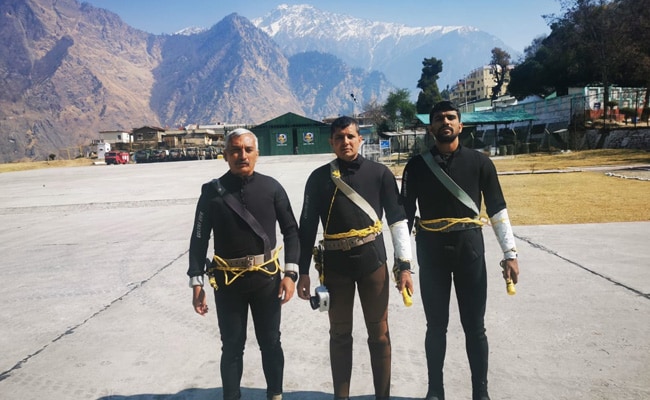 The scientists will use this critical data to determine the pressure on the mud wall of the dam.

Earlier, high resolution satellite images, accesed by NDTV, identified the exact spot of the lake. A close-up photo of the lake shows the extent of the water build-up and the wall of debris. The worry is that the weight of the water can pierce the wall, which could lead to another flood.

The artificial water body was formed after sediments that the flash floods brought down, blocking the mouth of a stream that joins the Rishi Ganga river.

A Garhwal University Professor, YP Sundrial, who went to the spot with help from villagers to assess the aftermath of the disaster, said the lake formation was worrying.

The lake can be breached anytime and can cause more floods, the expert warned.

With no road access and time criticality, the divers reached the spot onboard an Advanced Light Helicopter of the Indian Air Force. 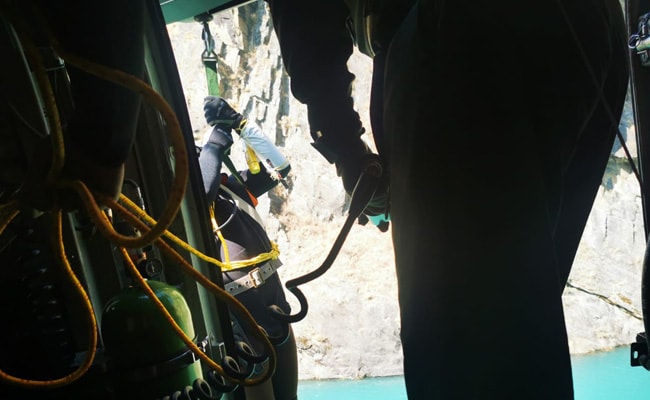 Throughout the operation, the IAF pilots maintained accurate positioning in the difficult terrain, the officials said. 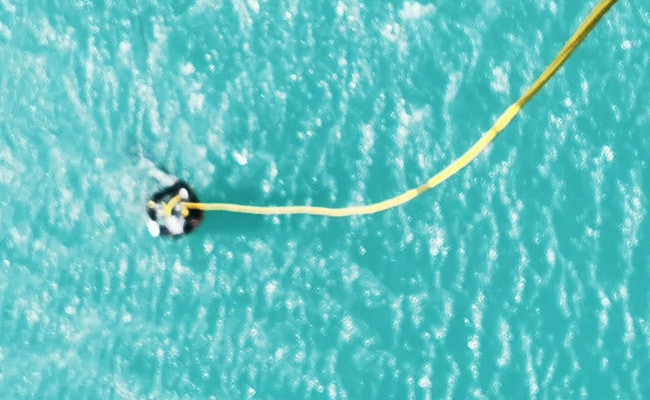 The reservoir not being a natural one, the administration needed to assess the condition of the catchment urgently by measuring the depth of water.