The new base was inaugurated by Navy Chief Admiral Sunil Lanba in the presence of top naval commanders. 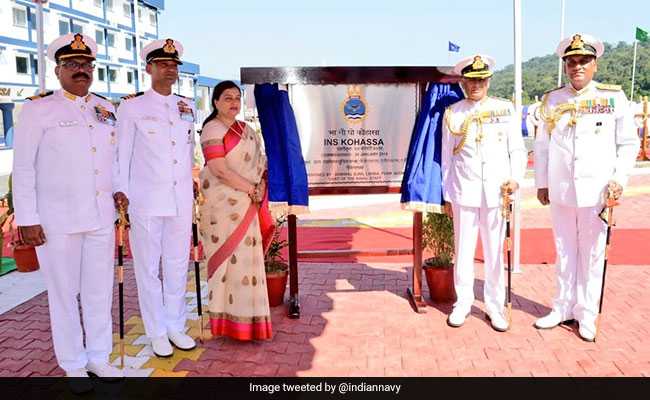 The Navy today commissioned a new air base, INS Kohassa, in the strategically located Andaman and Nicobar islands as part of efforts to expand operational presence in the Indian Ocean where China has been increasing its military presence.

The new base was inaugurated by Navy Chief Admiral Sunil Lanba in the presence of top naval commanders.

Admiral Lanba said Naval Air Station has been developed for both military and civil - airfield. He said it will help in providing impetus to the Centre's UDAN scheme and will complement the Navy's role as a net security provider in the strategic Indian Ocean Region

The Naval Air Station (NAS) Shibpur has been commissioned as INS Kohassa. It is Indian Navy's third naval air facility in the Andamans.

During search operations for the Malaysian Airlines Flight 370, Dornier DO 228s of the Navy and Coast Guard operated from this very base.