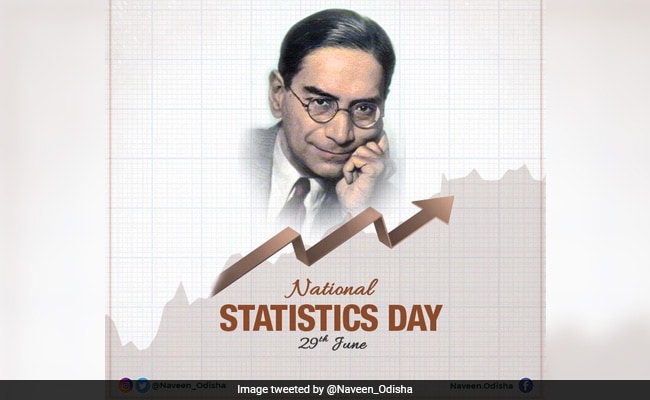 Today is the birth anniversary of PC Mahalanobis, observed as National Statistics Day

India celebrates National Statistics Day on the birth anniversary Prasanta Chandra Mahalanobis, the legendary Indian scientist and statistician. Popularly known as PC Mahalanobis, he is best known for the Mahalanobis distance, a key statistical measure. PC Mahalanobis founded the Indian Statistical Institute (ISI) and had also set up the Central Statistical Organization to coordinate statistical activities in the country. PC Mahalanobis studied at the Brahmo Boys' School and later on graduated in physics in 1912 from the prestigious Presidency College in Kolkata. A year later, he went to the United Kingdom and decided to study in Cambridge University.

With the objective of providing comprehensive socio-economic statistics, PC Mahalanobis had established the National Sample Survey in 1950. He had also set up the Central Statistical Organization to coordinate statistical activities in the country.

A few of his major works include, the introduction of techniques for conducting large-scale sample surveys. He is credited with calculating acreages and crop yields by using random sampling methods. PC Mahalanobis had also devised a statistical method, which could be used to compare the socio-economic situation of different groups of people. PC Mahalanobis was a pioneer in applying statistics to planning for flood control.

He was instrumental in setting up of the Indian Statistical Institute & for introducing the ‘Mahalanobis distance‘ a statistical measure.

Honoured with the Padma Vibhushan, the second highest civilian, PC Mahalanobis contributed to the design of large-scale sample surveys for which he designed a method known as fractile graphical analysis.

Under the guidance of PC Mahalanobis, during the Second Five-Year Plan, India took a giant leap in industrialization with some of the biggest heavy industries being set up in the country. Former Prime Minister Dr Manmohan Singh, in 2006, named June 29 as National Statistics Day in honour of Professor PC Mahalanobis.