The petition was filed after the NGT in June last year refused to modify its direction banning spraying of disinfectants in aircraft when passengers are on board, saying there was no "apparent error" in its earlier order. 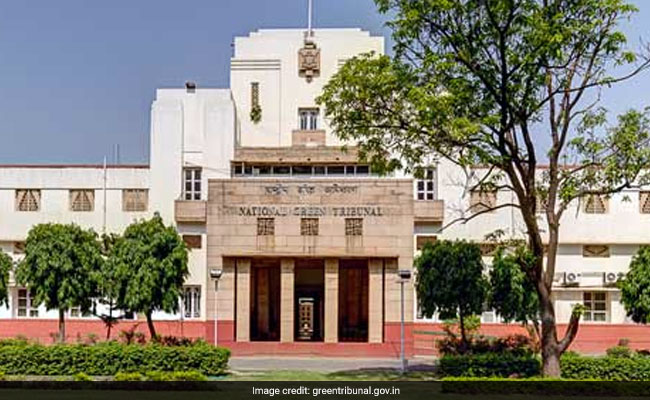 The petition was filed after the NGT in June last year refused to modify its direction banning it.

The National Green Tribunal (NGT) has junked a plea by no-frills carrier IndiGo against its order banning spray of disinfectants in aircraft loaded with passengers.

A bench, headed by NGT Chairperson Justice Adarsh Kumar Goel, said the tribunal has already rejected the plea after noting that none of the respondents were able to show that such a spray is not injurious to human health.

"It is clear that the prayer made in the present application is in the nature of review which has already been rejected. The observation while rejecting review cannot in any manner be treated as permission to seek review by changing the label.

"Any order which may now be passed by this Tribunal accepting such prayers will be in conflict with the order passed on August 3, 2015. Accordingly, this application is dismissed," the bench said.

The budget airline had sought modification of August 3, 2015 direction to the Directorate General of Civil Aviation (DGCA) to ensure that no disinfectant fumigation is carried out inside a plane when anyone is inside.

The petition was filed after the NGT in June last year refused to modify its direction banning spraying of disinfectants in aircraft when passengers are on board, saying there was no "apparent error" in its earlier order.

The tribunal had declined to review its August 2015 order and junked the submission that spraying of permethrin insecticide in the plane while the passengers are on board does not cause harm to human health.

According to the plea filed by InterGlobe Aviation Ltd-run IndiGo, the airports which are most affected by mosquito problems are -- Kolkata, Patna, Lucknow, Delhi, Guwahati, Raipur, Ahmedabad, Chennai, Jaipur, Pune, Bengaluru, Dehradun and Bhubaneswar.

Indigo has contended in its plea that there was a spiralling growth in dengue and malaria cases with the onset of monsoons and due to the "blanket ban", they were not able to take any step for the protection and safety of passengers.

The airline said monsoon was a critical season as there was a sudden spurt in dengue and malaria cases because weather conditions were conducive for mosquito-breeding.

It has stated that the airline has already received numerous complaints from flyers and some of whom have even filed cases against the company in the consumer fora.

The plea has sought modification of the order to the extent that they be allowed to spray the disinfectant only on "need basis" if the situation so demands.

"Pass an order to allow upon the express directions of the pilot-in-command of an aircraft and for reasons to be recorded in writing, 'blocks away' or 'top-of-descent' spraying of insecticide formulations, containing permethrin, on aircraft of all commercial flights of the applicant by the cabin crew of those aircraft, or any other designated officer as instructed by pilot-in-command," it said.

Heeding to the plea of US-based neurologist Dr Jai Kumar, the NGT had directed the Centre to ensure that no disinfectant fumigation is carried out in aircraft while passengers are on board.

Mr Kumar had contended that spraying of pesticides on planes with chemicals like phenothrin, an organo-phosphorus neurotoxin, was injurious to human health as their use carries risk of causing cancer and auto-immune diseases like lupus,

According to the petitioner, while all other airlines have stopped spraying of pesticides, this practice is prevalent in the Indian airlines.