PM Lays Foundation Of Airport, Inaugurates Another In Arunachal Pradesh

PM Narendra Modi said with the Tezu airport becoming functional at a cost of Rs 125 crore, fruit and flowers of the region can reach any market of the country in a few hours. 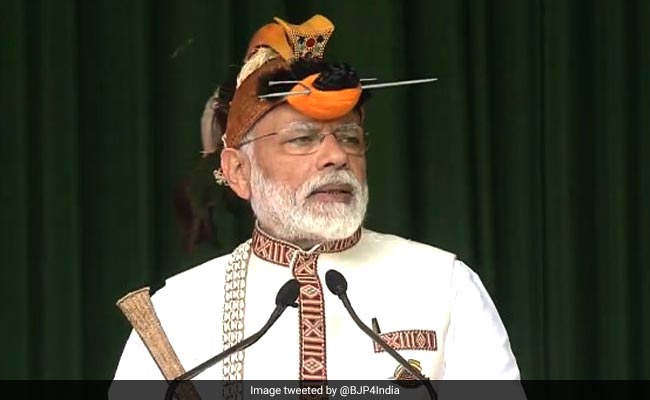 PM Modi said the Tezu airport in the Lohit district will connect Guwahati, Jorhat and Hollongi.

Prime Minister Narendra Modi on Saturday laid the foundation stone for the construction of greenfield Airport at Hollongi near Itanagar and inaugurated an upgraded and retrofitted Airport at Tezu in Arunachal Pradesh.

Speaking at a public function at Itanagar's IG Park, PM Modi said this was probably for the first time that an airport was being inaugurated in a state while the foundation stone of another was being laid on the same day.

Inaugurating the Tezu airport in the Lohit district through remote, PM Modi said the airport will connect Guwahati, Jorhat and Hollongi.

He said fruit and flowers of the region can reach any market of the country in a few hours with the Tezu airport becoming functional at a cost of Rs 125 crore.

Terming tourism industry as a money spinner for the state, the prime minister said that with the coming up of the greenfield airport and rail network, tourism industry would flourish and many unemployed youth would get employment opportunities.

PM Modi said flights under the UDAN scheme will start from Tezu airport.

At present, the nearest airport to Itanagar is at Lilabari in Assam at a distance of 80 km.