The NSCN (IM) also indicated that there was still a deadlock over the contentious issues of a separate flag and constitution. 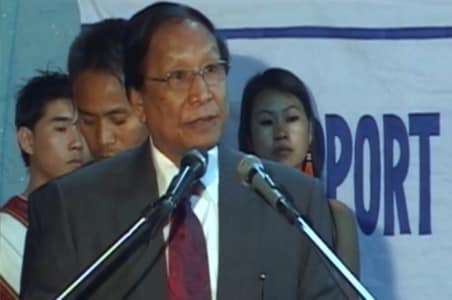 Days after leaking a confidential letter written to Prime Minister Narendra Modi seven months ago, NSCN (IM), the biggest Naga armed group involved in peace talks for 22 years, has on Wednesday claimed that informal talks with New Delhi is on and it's still not conclusive. It also indicated that there was still a deadlock over the contentious issues of a separate flag and constitution.

The statement came after reports on rejection of the demand for a separate flag and constitution and that the Centre is ready with its final peace deal draft.

"What is there for the Naga people to gain out of the Naga deal if we are to lose our political identity that is identified by flag and constitution? This is the question that is now playing into the conscience of the Naga people at large," said the NSCN(IM).

The peace talks with NSCN(IM) have been stuck in limbo from early this year, whereas the NNPG, the joint platform of the other smaller Naga armed groups have agreed to go forward with a final deal with the Centre.

NSCN-IM has sought replacement of RN Ravi, who is the interlocutor of peace talks besides Governor of Nagaland.

The Centre had ruled out a separate flag and constitution earlier. For the past two months, there has been a series of informal talks between IB officials and NSCN-IM leaders.