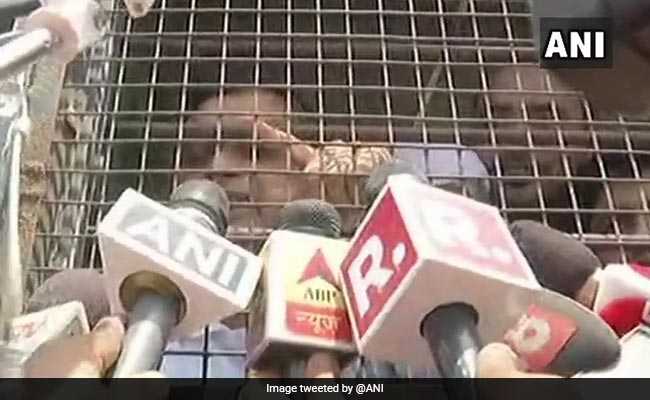 Brajesh Thakur is the key accused in the Muzaffarpur shelter home rape case.

The Patna High Court on Wednesday directed Bihar government to produce the case diary pertaining to an FIR lodged against former minister Manju Verma following the recovery of cartridges from her residence during a CBI raid. A connection between her husband and Brajesh Thakur, key accused in the Muzaffarpur shelter home rape case was also established. His bail plea hearing has been deferred.

Justice Sudhir Singh ordered that the case diary be produced by October while hearing the bail plea of Ms Verma, against whom an FIR has been lodged under the Arms Act.

Manju Verma had stepped down as the social welfare minister last month following reports of her husband's alleged links with Brajesh Thakur.
Raids were conducted by the Central Bureau of Investigation (CBI) a few days after her resignation, at her bungalow in Patna and her in-laws' house at Cheria Bariarpur in Begusarai from where 50 cartridges were found.

A case was subsequently registered against the ex-minister and her husband Chandrashekhar Verma. Their anticipatory bail plea was rejected by a Begusarai court on August 26.

Meanwhile, the court also deferred hearing on the bail application of Brajesh Thakur for two weeks following a submission by CBI counsel Sanjay Kumar that the probe agency has not been provided with a copy of the petition.