National Co-Convenor of the organisation said cakes were made in the shape of goat or having an image of a goat in a symbolic sacrifice on Bakrid. 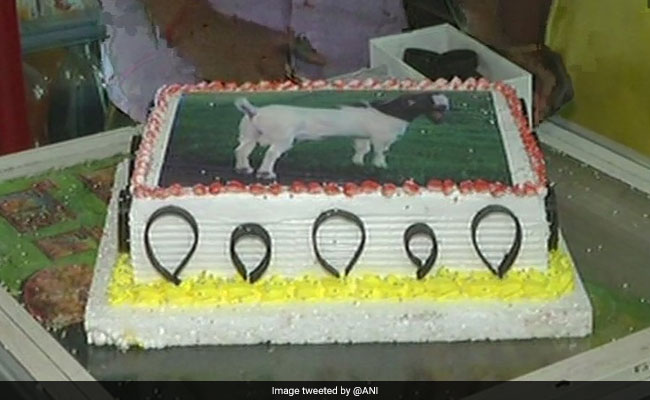 The Muslim Rashtriya Manch, an affiliate of the RSS, cut goat-shaped cakes in Lucknow on Bakrid as it called on the community to shun extravagance and contribute in the upliftment of the poor and deprived.

"We cut cakes made in the shape of goat or having an image of a goat in a symbolic sacrifice on Bakrid yesterday," national co-convenor of the organisation, Syed Hasan Kausar told PTI today.

"We do not oppose sacrifice of animals and those who are doing so can go ahead with it but the extravagance attached with it is something which can be put to better use and the means could be utilised for removing poverty and illiteracy," he added.

Stressing that the trend has found favours with others, Mr Kausar said national convenor of Sunni Social Forum Raja Raees too celebrated the festival in a similar manner.

"We have been celebrating the festival in this manner since the past couple of years and its encouraging that others are also accepting it," he said. "Those who cannot slaughter goats are still Muslims and follow its tenets," he added.

Another member of the organisation said it was an eco-friendly way of celebrating Bakrid and members of the community must be made aware of it.

The state government also took extra measures to ensure peace and order by issuing instructions that the festival be celebrated in a dignified manner.

"The Uttar Pradesh government had issued clear instructions that the sacrifice should not be held in the open and dignity of the festival be maintained... besides it was also asked that cattle heads and cows should not be slaughtered," deputy chief minister Keshav Prasad Maurya said.

Chief Minister Yogi Adityanath who held a high-level meeting last week had issued directives to the police and administrative officials in this regard, specially since the festival this time coincided with the "kanwar yatra".