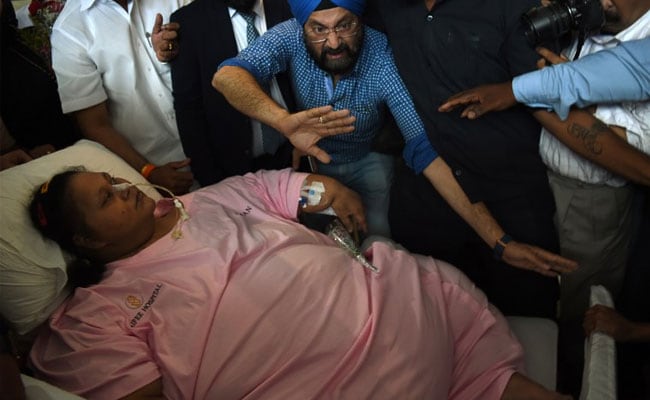 Eman Ahmed was treated for her conditions by doctors at Mumbai's Saifee Hospital. (AFP)

Mumbai: The Egyptian once believed to be the world's heaviest woman is flying out of Mumbai today, almost three months after she arrived on a specially modified cargo plane. Eman Ahmed was treated by doctors at Saifee Hospital, who say they're upset with allegations levelled by her sister who has accused them of lying about how much weight she has lost. Ms Ahmed, 37, will fly to Abu Dhabi for further treatment on a passenger plane on which some seats have been removed to accommodate her. A green corridor, which fast-tracks a VIP or emergency convoy, was organised to help her reach the airport quickly.