Teams from the National Disaster Response Force or NDRF have been pressed into service. 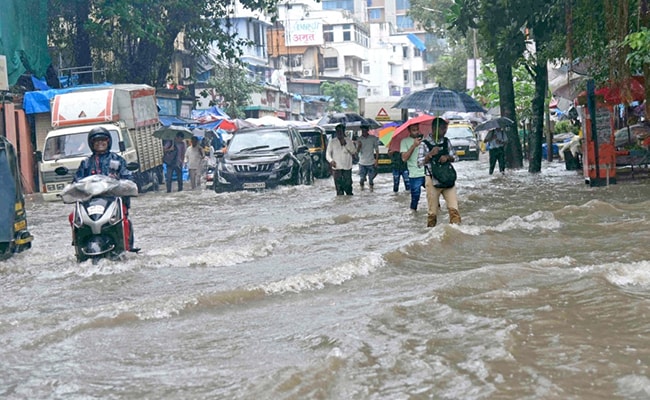 State transport buses have been asked to ferry stranded passengers

Over 3,500 people have been shifted to safer places from flood-prone and vulnerable spots across Maharashtra, where several districts, including Mumbai, experienced heavy rain, said Chief Minister Eknath Shinde.

The state has been witnessing heavy rain since Monday, with water-logging reported from urban areas, including Mumbai, while the level of some rivers was rising rapidly.

The India Meteorological Department had issued 'red' and 'orange' alerts predicting very heavy to extremely heavy rainfall for Raigad, Ratnagiri and some other districts.

Teams from the National Disaster Response Force or NDRF have been pressed into service.

The Chief Minster, who took charge less than a week ago, visited the Brihanmumbai Municipal Corporation's disaster control room.

"I told the chief secretary in the morning to direct all guardian secretaries to visit their respective districts and coordinate between the NDRF, the Air force, the Navy and other departments," Mr Shinde said.