The flood situation in Assam has improved considerably with all rivers flowing below the danger levels. 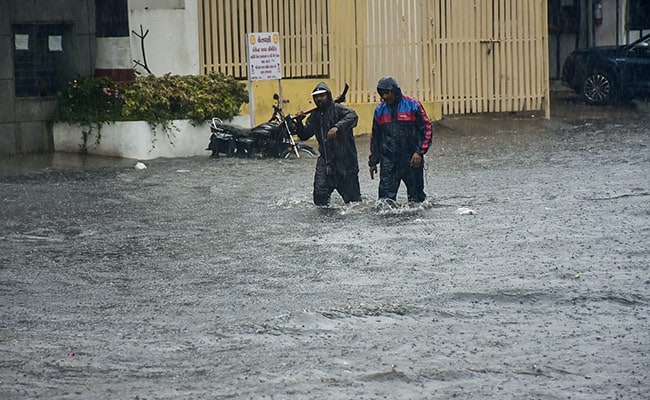 People walk through a waterlagged road after rain in Surat. (PTI)

New Delhi: At least 130 villages in Maharashtra have been affected - communication has been lost with 128 of them - due to heavy rain, reports said. Apart from Maharashtra, a red alert has also been issued in the southern states of Karnataka and Telangana.

Here are the top 10 updates on rain situation in India: