Monsoon 2020: A 'Red' alert for extremely heavy rain has been sounded in Gujarat, east Rajasthan, Andhra Pradesh and Telangana till tomorrow, by the India Meteorological Department 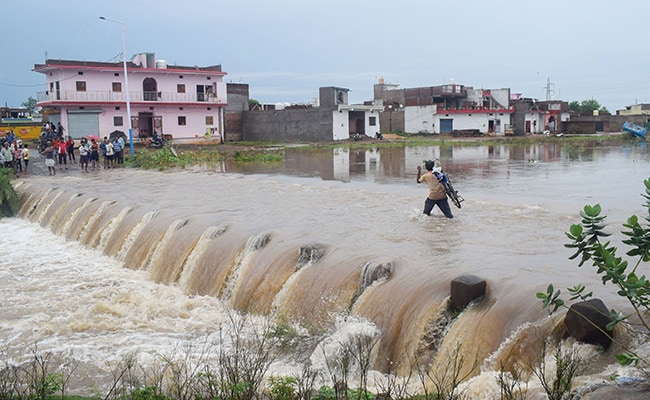 Monsoon 2020 updates: Monsoon is active in over two-thirds of the country ahead of Independence Day on Saturday. A 'Red' alert for extremely heavy rain has been sounded in Gujarat, east Rajasthan, Andhra Pradesh and Telangana till tomorrow, by the India Meteorological Department (IMD). An 'Orange' alert for heavy rainfall is in place in eight districts of Madhya Pradesh, Karnataka, Odisha, Delhi and Uttarakhand.

Chhindwara, Balaghat, Betul, Harda, Khandwa, Alirajpur, Jhabua and Dhar districts in Madhya Pradesh are likely to receive very heavy rainfall till tomorrow, according to the weather office. Besides, there is also warning for heavy rainfall in 15 districts of the state including Anooppur, Dindori, Chattarpur, Sehore, Rajgarh, Hoshangabad, Shivpuri, Morena and Sheopur. In the last 24 hours, Satna received 132 mm rainfall, Rewa 42 mm and Tikamgarh recorded 41 mm rain, the Met department said.

Gujarat is seeing very heavy downpour today and the IMD has warned of more rainfall till August 21 but overall there is 31 per cent monsoon deficiency in the state so far.

Rain and thundershowers are very likely in coastal and interior Karnataka in the next 24 hours, according the Met department. There is flood-like situation in Odisha's Malkangiri due to continuous rain today.