Monsoon 2020 news: Heavy rain in Odisha since August 13 had created a flood-like situation in several parts of the state. Malkangiri district is among the worst-hit 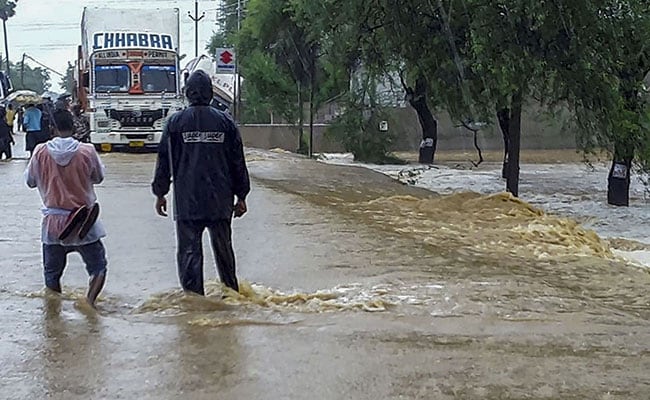 Bhubaneswar: National Highway 26 was inundated after incessant rain on August 13

Monsoon 2020 news and updates: After a brief lull, many parts of Odisha were battered by fresh downpour on Wednesday, submerging low-lying areas. This is due to the formation of a new low pressure area over the Bay of Bengal, weather officials said. Incessant rainfall was recorded in Malkangiri district. Due to the fresh spell of rain, roads were flooded in some areas of the district.

Heavy downpour since August 13 had created a flood-like situation in several parts of the state, affecting 933 villages and damaging 321 houses in the worst-hit Malkangiri district, officials said. Under the influence of a new low pressure system, most parts of north and south coastal Odisha have been battered by heavy rainfall.

The low pressure area is likely to concentrate into a depression by Thursday and move westwards, the Meteorological Centre said. Rainfall of varying intensity is likely to persist for at least two days in northern, southern and interior areas of the state, said H R Biswas, Director of the Meteorological Centre in Bhubaneswar. The state capital and neighbouring Cuttack received heavy rainfall causing water-logging in several low-lying areas. The two cities recorded around 100 mm rainfall since Tuesday night, the officials said.

Special Relief Commissioner, PK Jena said, the district collectors have been asked to stay prepared to deal with water-logging and "possible localised flood-like situation in any area". On Thursday, some parts of Bargarh, Sundargarh, Jharsuguda, Sambalpur, Keonjhar and Deogarh districts are likely to receive very heavy rainfall. Fishermen have been advised not to venture into the sea till Friday.