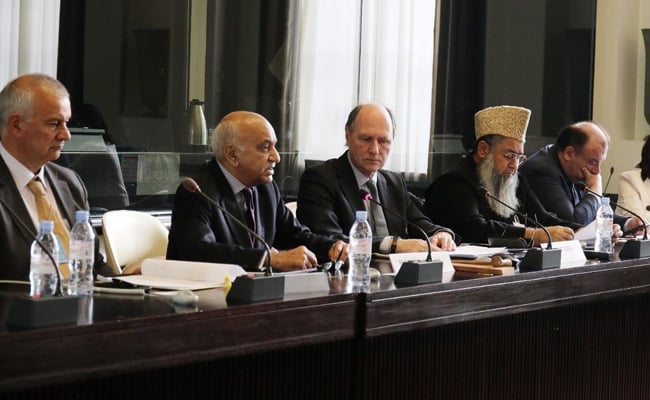 The government's position on CAA was stated at a panel discussion in Geneva.

Amid growing international scrutiny over the controversial Citizenship Amendment Act (CAA) and allegations of Muslims being persecuted in India, parliamentarians from India and Europe held discussions on the subject on the sidelines of the ongoing 43rd session of the United Nations Human Rights Council in Geneva.

India has been facing growing criticism worldwide since the CAA was passed by parliament in December 2019.

Speaking at the Human Rights Council session in Geneva, UN High Commissioner for Human Rights Michelle Bachelet also spoke about the situation in Jammu and Kashmir.

Stating the Indian government's position on the CAA during a discussion, former Union Minister MJ Akbar said that the most important characteristic of India is its plurality and the constitution gives equal rights to everyone irrespective of religion. Muslims are as much part of India as any other citizen from any other religion, he said.

While addressing the forum, Mr Akbar also took a dig at senior Congress leader Shashi Tharoor, saying, "Sometimes when you are in the opposition, you tend make rhetorical points and Tharoor is far away from reality."

He concluded quoting Mahatma Gandhi, "Hindus and Muslims are one. God created them and no one can separate them."

Besides Mr Akbar, All India Organisation of Imams chief Umer Ahmed Ilyasi, Member of European Parliament Fulvio Martusciello, journalist Atika Ahmad Farooqui and Portuguese politician Paulo Casaca spoke about the new provisions brought by the CAA and the situation of Muslims in India.

The panel was moderated by Brian Toll who is the former Director of European Commission and the South Asia Expert.

The Citizenship Amendment Act, enacted into law earlier this year, makes religion a test of Indian citizenship for the first time. The government says it will help non-Muslim refugees from three Muslim-dominated neighbouring countries if they fled to India because of religious persecution. Critics say the law, combined with the proposed National Register of Citizens or NRC can be used to target Muslims.