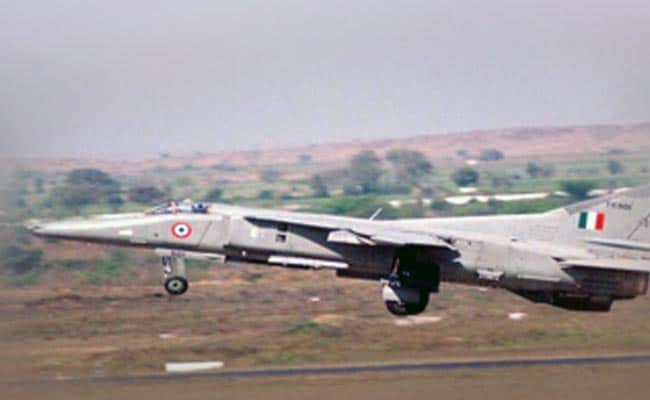 The MiG-27 is a Russian-origin ground-attack aircraft

A MiG-27 fighter jet of the Air Force crashed during a training mission in Rajasthan's Jaisalmer at 6:10 pm today, a defence official said today. The pilot ejected safely above the Pokhran range.

A court of inquiry will investigate the cause of the accident.

"A MiG-27 aircraft airborne from Jaisalmer crashed during a routine mission today evening. Pilot ejected safely. A court of inquiry will investigate the cause of the accident," defence spokesperson Colonel Sombit Ghosh said.

The MiG-27 is a Soviet era ground-attack aircraft that India bought in the early 1980s. It flew strike missions in the Kargil War in 1999, hitting hard targets in the mountains.

Jaisalmer police officer Kiran Kang said a police team that had gone to the site where the MiG-27 had crashed is in touch with Air Force officials, news agency IANS reported.