Membership of banned organization is no crime: Supreme Court 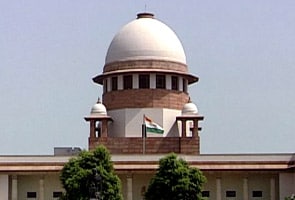 New Delhi: The Supreme Court has ruled that mere membership of a banned organisation does not make a person criminal unless he or she resorts to violence or incites people to violence.

The ruling assumes significance in the wake of life imprisonment imposed on noted civil liberties activist and pediatrician Binayak Sen by a Sessions court in Chhattisgarh for acting as a courier to a jailed Maoist leader. The conviction has been challenged in the High Court.

"In our opinion, Section 3(5) cannot be read literally as otherwise it will violate Articles 19 (freedom of speech) and 21 (life and liberty) of the Constitution. It has to be read in the light of our observations made above. Hence, mere membership of a banned organisation will not make a person a criminal unless he resorts to violence or incites people to violence, or creates public disorder by violence or incitement to violence," a bench of justices Markandeya Katju and Gyan Sudha Mishra said in an order.

The apex court passed the order while upholding the appeal filed by Arup Bhuyan, an alleged activist of banned ULFA challenging his conviction by a designated TADA court in Guwahati for being a member of the organisation.

Section 3(5) of the TADA makes mere membership of a banned organisation a criminal offence though in this case Bhuyan denied any membership with the ULFA.

"Mere membership of a banned organisation will not incriminate a person unless he resorts to violence or incites people to violence or does an act intended to create disorder or disturbance of public peace by resort to violence," Justice Katju said citing the Constitution Bench judgment in Kedar Nath versus State of Bihar(1962) and a number of judgements passed by the US Supreme Court.

The apex court also reiterated that confession recorded by a police officer is not an admissible piece of evidence unless corroborated by material evidence.

"The appellant is alleged to be a member of ULFA and the only material produced by the prosecution against the appellant is his alleged confessional statement made before the Superintendent of Police in which he is said to have identified the house of the deceased.

Under Section 25 of the Evidence Act, confession to a police officer is inadmissible but is admissible in TADA cases vide Section 15 of the Terrorist and Disruptive Activities (Prevention) Act, 1987.

"Torture is such a terrible thing that when a person is under torture he will confess to almost any crime. Even Joan of Arc confessed to be a witch under torture. Hence, where the prosecution case mainly rests on the confessional statement made to the police by the alleged accused, in the absence of corroborative  material, the courts must be hesitant before they accept such extra-judicial confessional statements," the apex court said.

Promoted
Listen to the latest songs, only on JioSaavn.com
Accordingly, the apex court quashed the judgement of the designated court.