12 people, including an infant and two soldiers have been killed, and nearly sixty civilians injured in non-stop shelling by Pakistan ever since Ramzan began. 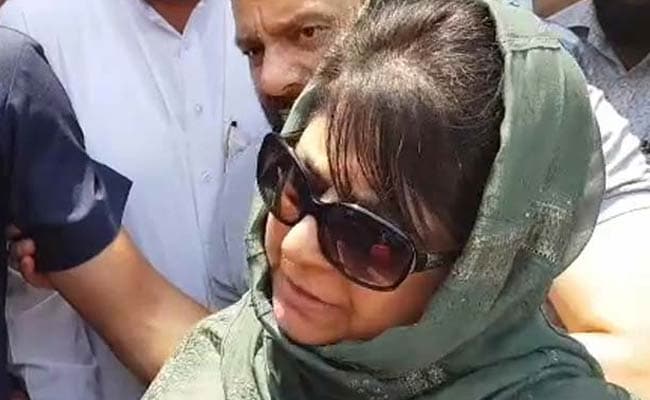 RS Pura Sector, Jammu: With an massive increase in ceasefire violations by Pakistan in the last nine days, Jammu and Kashmir Chief Minister Mehbooba Mufti today appealed to Islamabad to stop shelling and infiltration, and "respect the sentiments" associated with Ramzan.

"This is really terrible. The expectation was that Pakistan will reduce infiltration and secondly, the daily ceasefire violation will stop during the holy month of Ramzan. Unfortunately, that is not the case," Ms Mufti told NDTV while visiting border residents in RS Pura sector near Jammu, who have been hit by daily ceasefire violations for the last nine days.

12 people, including an infant and two soldiers have been killed, and nearly sixty civilians injured in non-stop shelling by Pakistan ever since Ramzan began. More than one lakh people have been affected at the frontier areas and over 50,000 have moved to safe places.

Invoking the 2003 ceasefire agreement, Ms Mufti appealed to Pakistan to desist from violence at the border. "During the time of Atal Behari Vajpayee and Parvez Musharraf there was ceasefire on the border and people from both sides lived in peace for some five-eight years... Pakistan will have to think on these lines," Ms Mufti added.

She said the centre's initiative that security forces won't launch operations against terrorists in the state during Ramzan, led "people to heave a sigh of relief", and that Pakistan should respond positively to it.

Promoted
Listen to the latest songs, only on JioSaavn.com
"Our Prime Minister has announced a ceasefire (with the terrorists) in Jammu and Kashmir, due to which people are at ease. In this, Pakistan should follow ceasefire at the border and stop infiltration... Our PM has taken such a big initiative, this should improve conditions in both the countries," Ms Mufti told NDTV.

She also announced that her government is planning a new battalion of the Jammu and Kashmir police for the border, which would only have border residents.