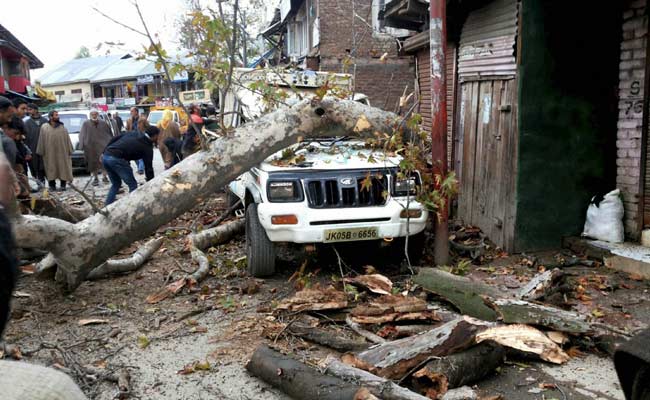 A vehicle damaged after massive earthquake at Rafiabadin Distrct in Baramulla, Jammu and Kashmir on Monday, October 26, 2015. (Press Trust of India photo)

Shimla: An earthquake with its epicentre in Afghanistan jolted Himachal Pradesh today but there were no reports of damage to life or property, an official told IANS.

Tremors of the 7.5 magnitude earthquake were felt for several seconds in several parts of the state, the meteorological office told IANS.

The Met Office said the tremors were felt more in Kangra and Chamba districts.

The India Meteorological Department said the epicentre of the quake lay in the Hindu Kush region of Afghanistan.