Manipur assembly election 2022: Himanta Biswa Sarma said ministers were earlier chosen from the NPP in the Manipur government because of the BJP 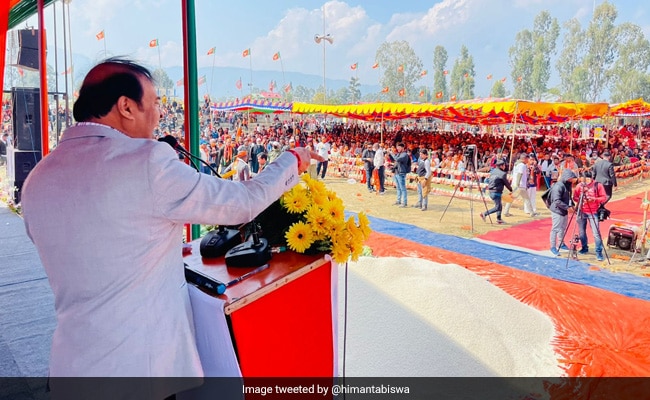 Mr Sarma is the convener of the BJP-led alliance of regional parties - North East Democratic Alliance, or NEDA - and the NPP is one of its constituents.

He said ministers were earlier chosen from the NPP in the Manipur government because of the BJP.

"The NPP has no government at the centre. Why would you go to the central government through the NPP? If you install a BJP government in Manipur, then you would be able to go directly," Mr Sarma said at an election rally in Manipur's Moirang, home of the famous freshwater Loktak Lake.

Mr Sarma said that after the Manipur election, the BJP would form government on its own and there would be no place for the NPP.

He criticised the Congress for its policies and highlighted its nonexistence in the entire northeast region. He said the BJP has its own governments in Assam, Arunachal Pradesh and Tripura and in Manipur the party would retain power for a second term.

NPP chief Mr Sangma, while addressing rallies in Manipur, said his party would be the single largest in the state.