The gruesome cases surfaced after Koli's arrest on December 29, 2006, when the police discovered the skulls and bones of 16 persons, mostly children, near Pandher's house. 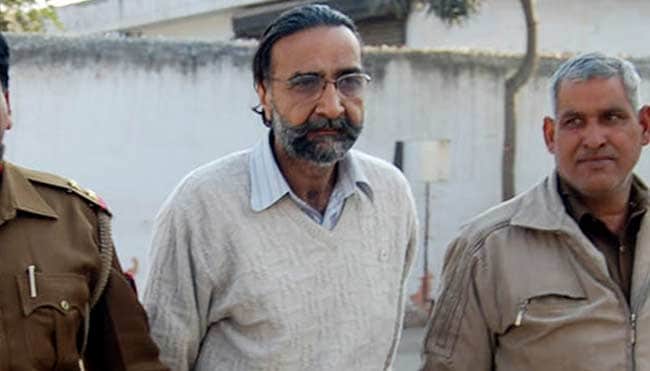 Nithari case: Maninder Singh Pandher has been sentenced to death in two cases so far.

New Delhi: A CBI court in Ghaziabad on Thursday held businessman Maninder Singh Pandher and his aide Surinder Koli guilty in the rape and murder of housemaid Anjali in 2006.

Special Central Bureau of Investigation Judge PK Tiwari said that they both deserved to be punished since both were involved in the crime. The quantum of punishment in the case, the ninth of what has come to be known as the Nithari killings, will be pronounced by the court on Friday, prosecution lawyer JP Sharma said.

Maninder Singh Pandher has been found guilty in three cases - he has been sentenced to death in two.

His aide, Surinder, has also been also awarded death sentence in the eight cases he has been guilty in.

Chargesheets were filed against the two accused in 16 of the 19 cases, out of which nine cases have been decided till date.

The gruesome cases surfaced after Koli's arrest on December 29, 2006, when the police discovered the skulls and bones of 16 persons, mostly children, near Pandher's house.

Promoted
Listen to the latest songs, only on JioSaavn.com
DNA samples from one of the skulls matched with that of Anjali's mother and brother. The clothes she was wearing when she went missing were also identified by her family.