The row started with Chief Minister Biplab Deb's alleged threat to a section of the media over its coverage of the COVID-19 pandemic in the state. 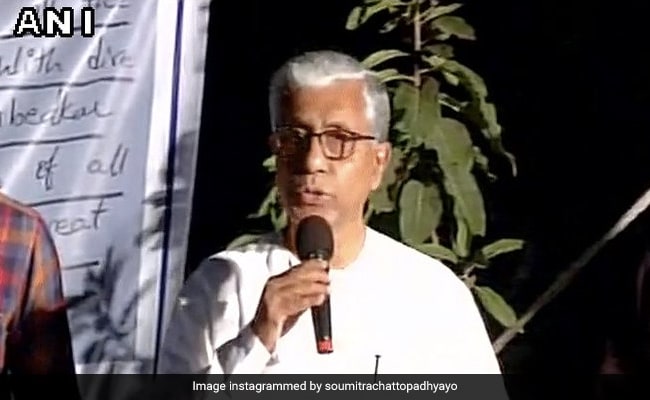 Tripura Governor Ramesh Bais has come under the attack of the state's opposition CPM for allegedly not intervening with the government on behalf of journalists. On Monday, the state's former Chief Minister Manik Sarkar called him a "puppet", alleging that he was a front for the BJP-led government at the Centre, which is calling the shots in the states.

The row started with Chief Minister Biplab Deb's alleged threat to a section of the media over its coverage of the COVID-19 pandemic in the state. Most reports claimed that the situation was being mishandled by the state government, which had upset the Chief Minister.

Mr Sarkar - the predecessor of Mr Deb who held the post for four consecutive terms - said there was no response from the Governor when the journalists wrote to him.

The Governor, he said, had refused to take action because he was from the "factory" of the Rashtriya Swayamsevak Sangh or the RSS, the BJP's ideological mentor.

"He (Mr Bais) is a puppet, out of RSS factory. They have been put in different states," said the senior CPM leader. "When he heard them (journalists), he was astonished. He had assured to sort out the matter but nothing happened after that. We even did not find any statement from him," added Mr Sarkar.

The Assembly of Journalists (AOJ), an umbrella body of journalists in Tripura, had written to Governor Bais, seeking his intervention so that the state media could function "freely and fearlessly" within its constitutional rights.

Their letter suggested that the media had been stifled since the BJP-IPFT (Indigenous Peoples Front of Tripura) government came to power in March 2018.

In the letter, it pointed out that at least 17 journalists had been physically assaulted since the new government came to power in 2018.

On September, following media reports on the covid situation in the state, Mr Deb had said he would not "forgive" the newspapers and journalists who are "getting overexcited and confusing the people of Tripura".

"History would not forget them. I will also not forgive them," he had said.

Two journalists, Ashok Dasgupta of Belonia in South Tripura and Parashar Biswas of Ambassa in Dhalai, were attacked again after the Chief Minister's September 11 comments, said the letter from the journalists' association.

Mr Sarkar, too, said today that attacks on his party's cadres had increased since Mr Deb took charge of the government. "Even the police does not take action against the attacks on journalists," the veteran communist leader said.