Man Attacks Woman With Machete On Road In Kerala, Manages To Escape

The incident took place at Kochi's Azad Road in Kaloor around 11 am, according to the police. 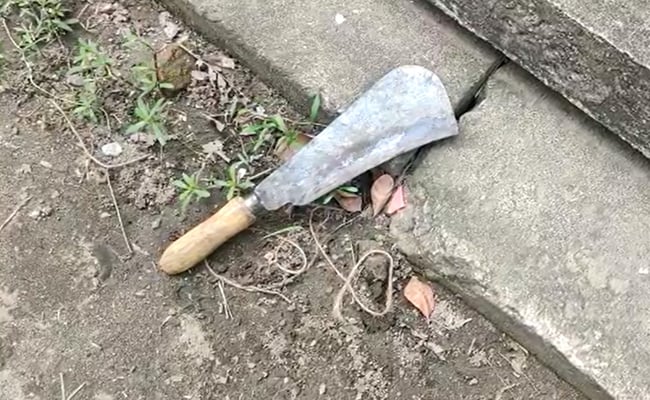 Videos from the scene showed a pool of blood and the machete lying nearby.

A woman was attacked by a man armed with a machete on a road in Kerala's Kochi on Saturday morning.

The incident took place at Azad Road in Kaloor in full public view around 11 am, according to the police.

According to witnesses, the incident took place after an argument between the young man and two women.

The man reportedly tried to hit one of the women on her head with the machete, but her friend managed to block the blow.

She was injured on her hand in the attack.

The man then fled the scene, leaving his motorcycle.

The injured woman has been hospitalised.

Videos from the scene showed a pool of blood and the machete lying nearby.

The police have seized the machete and are examining CCTV footage from the locality to catch the attacker.