Mamata Banerjee stated that the Trinamool is the only alternative for the people of Meghalaya who want to change the current "corrupt and discredited" government. 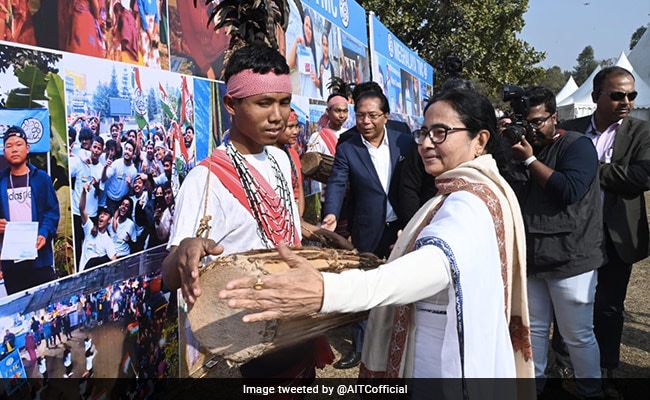 The campaign kick-off took place at a large public rally in Mendipathar, North Garo Hills district of Meghalaya, where Trinamool leaders, including Abhishek Banerjee, were present. It came on the same day when election dates for all three states were announced.

In her speech, Ms Banerjee announced that the Trinamool's primary focus in the elections is to fend off the BJP and its "proxies."

She specifically accused the government of Meghalaya, led by Conrad Sangma of the National People's Party (NPP), of being "a proxy government" for the BJP and "taking dictation" from Delhi and Guwahati - a veiled reference to Assam Chief Minister Himanta Biswa Sarma, the BJP's strategist in the northeast.

"If you wanted to change the corrupt and discredited government, then there is no alternative to TMC. In Meghalaya, you have a proxy government of the centre and Guwahati. BJP has two faces. Double engine means they will say something before the election and do something else after polls," a characteristically combative Ms Banerjee said.

Ms Banerjee stated that the Trinamool is the only alternative for the people of Meghalaya who want to change the current "corrupt and discredited" government.

The rally assumes significance since Trinamool sees a real chance in Meghalaya and is also building its party in Assam and Tripura as part of its national expansion plans ahead of the 2024 general elections. It will be the party's first electoral test outside Bengal after the disastrous show in Goa last year.

The Trinamool had previously emerged as the main opposition in Meghalaya with 12 Congress MLAs, led by former Chief Minister Mukul Sangma, joining the party. However, three of them have since left the party.

The Trinamool has already declared candidates for 52 out of the total 60 seats in Meghalaya and is making a concerted effort, led by Mamata Banerjee, to increase its presence in the northeastern region.

Tripura will vote for a new government on February 16th, and Meghalaya and Nagaland on the 27th, with results on March 2, the Election Commission announced on Wednesday.