West Bengal Flooding / Malda Flooding: "A total of 2.5 lakh people of 50,000 households have been affected by the flood-like situation in the district. Operations are on to rescue the residents of the islets of the Ganga, who are stranded there," an official said. 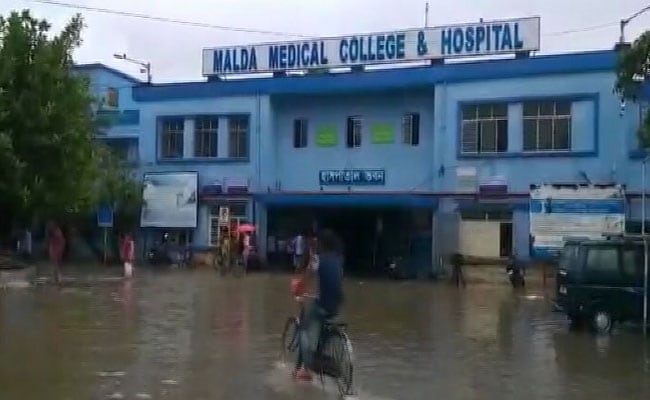 Over 2.5 lakh people in West Bengal's Malda district have been affected by a flood-like situation owing to incessant rain, officials said.

Zila Parishad president Gour Chandra Mandal said that the low-lying areas in all the blocks of the district have been inundated and a large number of mud houses have collapsed due to heavy rainfall over the past two days.

"A total of 2.5 lakh people of 50,000 households have been affected by the flood-like situation in the district. Operations are on to rescue the residents of the islets of the Ganga, who are stranded there," he said.

The district has received over 99.80 mm rain since 8:30 am on Monday, an Irrigation Department official said.

The emergency, operation theatres and the male and female medical wards of the Malda Medical College and Hospital (MMCH) were also inundated. Surgeries, however, were conducted in the inundated operation theatres, hospital superintendent Amit Dawn said. 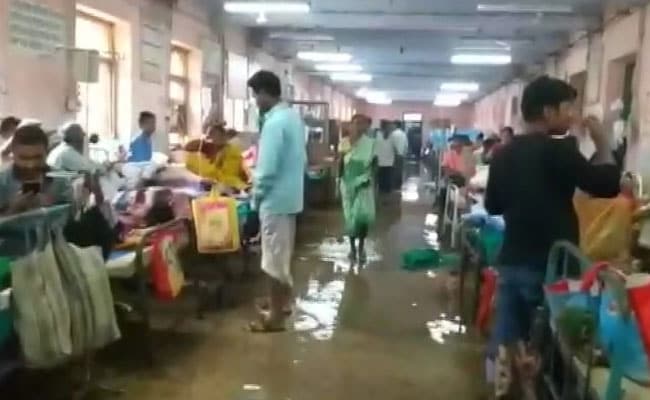 Most of the wards of the district headquarter, English Bazaar, are under the water, officials said. Water has also entered the district collectorate, the district magistrate's residence, and government offices, they added.

Residents blocked roads at several places demanding that the stagnant water be cleared.

All the major rivers in the district are also flowing above the danger mark. "While Ganga is flowing 66 cm above the 'extreme danger' level mark at Manikchak Ghat, Fulhar is flowing 57 cm above the 'danger' mark at Teljana. Mahananda is also rising steadily but no alert has been sounded," Executive Engineer of Malda Irrigation Division, Pranab Samanta, said.

Flood embankment at Sakullapur under Kaliachak 2 block and Keshorpur in Manikchak block are being repaired on a war-footing, Mr Samanta said.

Mr Samanta said, while damage of Sakullapur embankment will affect residents of nine blocks in the district, around one lakh residents of Bhutni islet will be affected in an event of a breach in the Keshorpur ring embankment, which was constructed in the 1970s.

Additional District Magistrate Arnab Chatterjee said cooked food is being distributed to the people who have taken shelter at the 10 relief camps set up across the district.

A National Disaster Response Force or NDRF team has been stationed at Ratua area in the district for relief and rescue operation.