Malabar Exercise In 2 Phases, To Begin On November 3: Navy

This is the first time that all four Quad partners- India, the United States, Australia and Japan - will participate together in a naval exercise of this scale 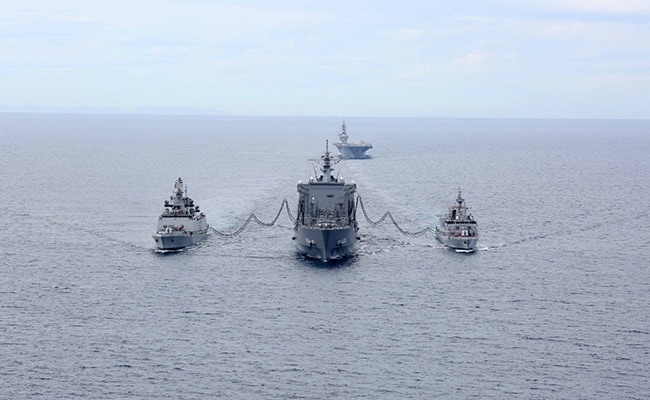 The 24th edition of the Malabar Naval exercise will be conducted in two phases in November, the Indian Navy said in a statement on Friday, announcing the schedule for the military drill that will be attended by all four partners of the Quadrilateral alliance. The first phase of the drill will be held between 3-6 November off Visakhapatnam in Bay of Bengal to "showcase the high-levels of synergy and coordination between the friendly navies," it added.

This is the first time that all four Quad partners- India, the United States, Australia and Japan - will participate together in a naval exercise of this scale, which, experts say, is a significant strategic win for the alliance that seeks to counterbalance China's growing influence in the Indo-Pacific region.

"The exercise, being conducted as a 'non-contact, at sea only' exercise in view of COVID-19 pandemic, will showcase the high-levels of synergy and coordination between the friendly navies, which is based on their shared values and commitment to an open, inclusive Indo-Pacific and a rules-based international order," the statement said, implying India's oft-repeated position on China's naval activities in the South China sea. 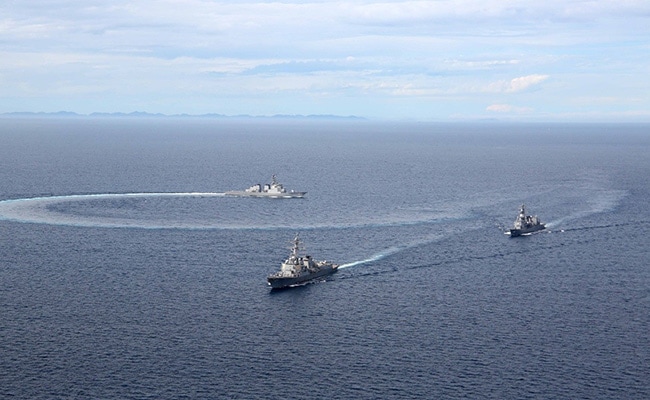 Australia is participating in the exercise after years (File)

The phase 1 of the drill will be focused on complex and advanced naval exercises including surface, anti-submarine and anti-air warfare operations, cross deck flying, seamanship evolutions and weapon firing exercises.

The second phase of the exercise will be conducted in mid-November at the Arabian city.

Beijing claims almost all of the 1.3 million square-mile South China Sea as its sovereign territory. China has been building military bases on artificial islands in the region which, in parts, is claimed by Brunei, Malaysia, the Philippines, Taiwan and Vietnam.

China's assertiveness in the region has prompted the US to return to its aggressive "Indo-Pacific" strategy, which aims to contain the communist country's activities in the region.

Earlier this week, China slammed the United States for allegedly meddling in the bilateral issues between India and China. This was after the US Secretary of State Mike Pompeo backed India over its ongoing stand-off with China at the de-factor border – the Line of Actual Control – in eastern Ladakh.

China also claimed the 'Indo-Pacific' strategy proposed by the US was aimed at stoking "geopolitical competition, in a bid to maintain the dominance of the US".

In India, Demand For Luxury Products For Diwali Triggers Concern