Maharashtra milk price protest: The farmers' groups are demanding a GST waiver on butter and milk powder apart from the subsidy. 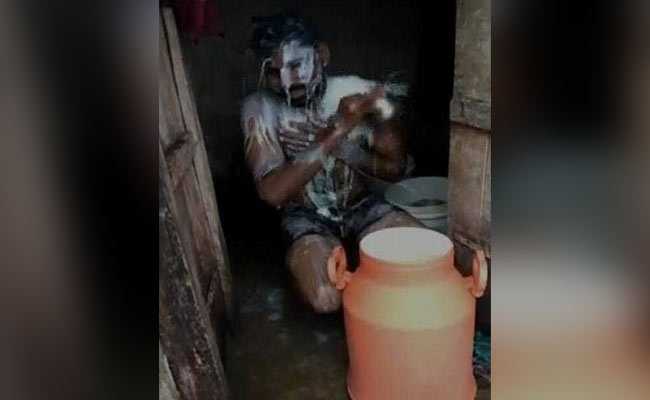 As milk farmers in Maharashtra continue Day 2 of protest demanding better milk price and subsidy of Rs 5 per litre, a man from Solapur found a unique way to support the milk price protest led by Swabhimani Shetkari Sangathan.

Sagar Lendave from Lendave Chanchal village of Magalwedha town bathed in 35 litres of milk to support the milk price protest. He even washed his cattle with milk to get the authorities to action.

On Monday, tankers carrying thousands of litres of milk were blocked, vandalized, tetra packs were thrown on roads, hitting the milk supply badly throughout the state. Milk was also distributed free of cost at some places, reports say.

The farmers' groups, led by Swabhimani Shetkari Sanghathana and Maharashtra Kisan Sabha are demanding a GST waiver on butter and milk powder apart from the subsidy.

MP Raju Shetti, President of Swabhimani Shetkari Sanghatana has said that the state government has fixed the procurement price of Rs 27 per litre but the farmers get barely Rs 17 per litre.

"We are demanding a direct subsidy of Rs 5 per litre to the farmers, as provided in Goa, Karnataka and Kerala. With a drop in the rates of skimmed milk powder, even the milk cooperatives are facing a tough time," Mr Shetti said.

The state government has said milk would be brought from other states, especially neighbouring Gujarat and Karnataka but farmers' leaders claimed they will start a 'Satyagraha' and ensure that no milk is brought from outside.